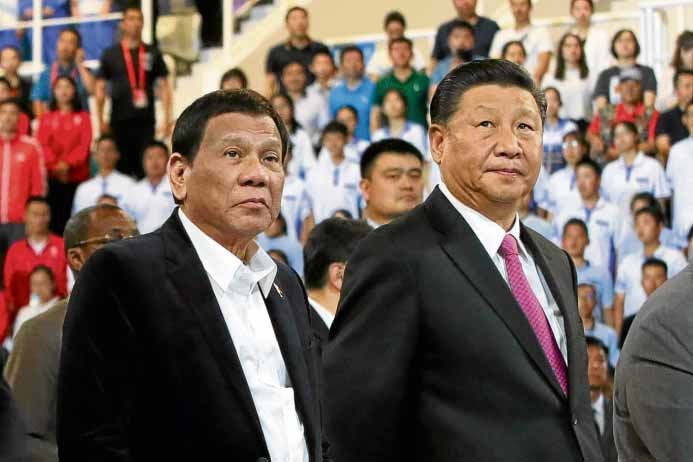 MANILA, Philippines — President Rodrigo Duterte and Chinese President Xi Jinping on Friday reaffirmed the cooperation and friendship between Philippines and China in areas like the COVID-19 pandemic and infrastructure development.

The two leaders had a “warm, open and productive” telephone conversation, initiated by China, for 45 minutes, Malacañang said in a statement.

During the phone call, Duterte congratulated Xi and the people of China on the Centennial Founding Anniversary of the Communist Party of China.

Duterte also expressed gratitude to China for its assistance in the COVID-19 response, while also “calling for greater collaboration in the public health sector, particularly on vaccine development and production.”

“Asia’s dynamic future depends on how hard we all work together, how we respect each  other and how we ensure that we as nations are mindful not just of our rights but of our responsibilities,” Duterte said, as quoted in the statement.

While he thanked China for its support in his administration’s Build, Build, Build program, Duterte also encouraged “increased Chinese investments in key sectors such as agriculture, fisheries, information and communications technology and science and technology.”

Xi, for his part, thanked Duterte whom he considers a “good friend and dialogue” for his “vital role in putting China-Philippines relations back on track.”

China will continue to foster a “principled friendship” with the Philippines, Xi assured.

The Chinese president also said that the Philippines can expect more rice donations to keep their commitment in 2018 to donate a total of 10,000 metric tons of rice, 5,275 metric tons of which have already been delivered.

Read Next
Mangliwan gets disqualified in men’s 400m final