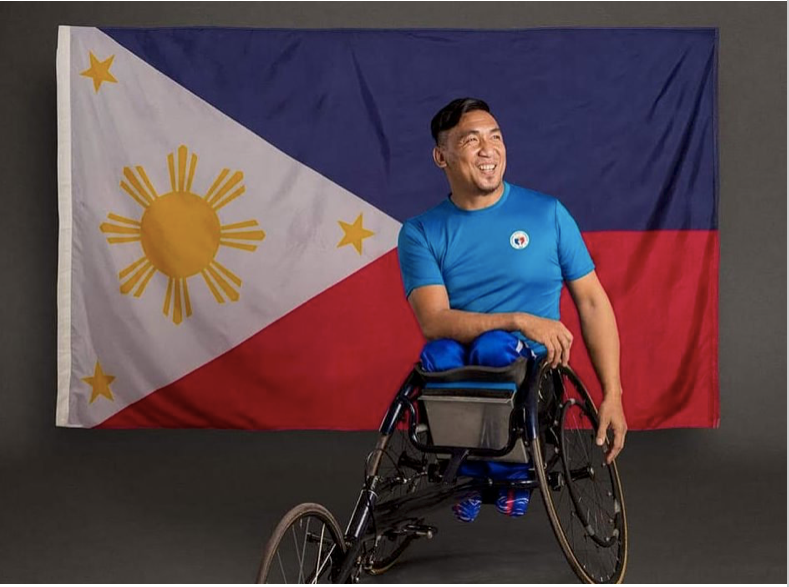 Jerrold Pete Mangliwan poses with the Philippine flag in the background. He carries the PH red-white-and-blue in the
opening ceremonies of the Paralympic Games. —PHILIPPINE PARALYMPIC COMMITTEE

MANILA, Philippines—Jerrold Mangliwan was disqualified for lane infringement infraction Friday in the men’s 400-meter final at the Tokyo Paralympic Games.

The Philippines’ flag bearer in the opening ceremonies violated Rule 18.5 of the World Para Athletics, which states that athletes couldn’t go outside their respective lanes during overtakes.

The United States’ Isaiah Rigo has also been disqualified for violating this rule.

Japan’s Sato Tomoki, who won silver in the Rio Paralympic Games, took the gold with a time of 55.39 seconds which is personal and season-best for him.

Raymond Martin of the United States took the silver medal with a time of 55.59 seconds while Japan’s Ueyonabaru Hirokazu settled for the bronze after clocking in at 59.95 seconds.