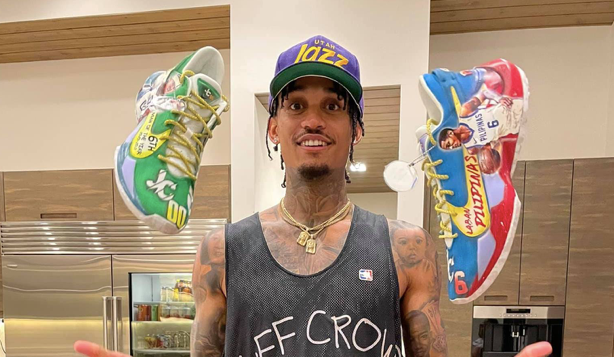 MANILA, Philippines – Jordan Clarkson showed off his sneakers inspired by his Filipino roots.

He shared the kicks on his Facebook with a caption “#PUSO!”

The basketball shoes, a pair of Nike Zoom Freak 2, were customized by Filipino artist Maui Lucero, who is based in Canada.

The left pair features the Philippine flag colors with a drawing of Clarkson clad in a Gilas Pilipinas jersey and a Laban Pilipinas text.

The right, meanwhile, celebrates the Fil-American guard’s feat as the first Utah Jazz player to be named Sixth Man of the Year.

Clarkson, 29, suited up for Gilas during the 2018 Asian Games in Jakarta.

Jordan Clarkson raring to suit up for Gilas Pilipinas anew