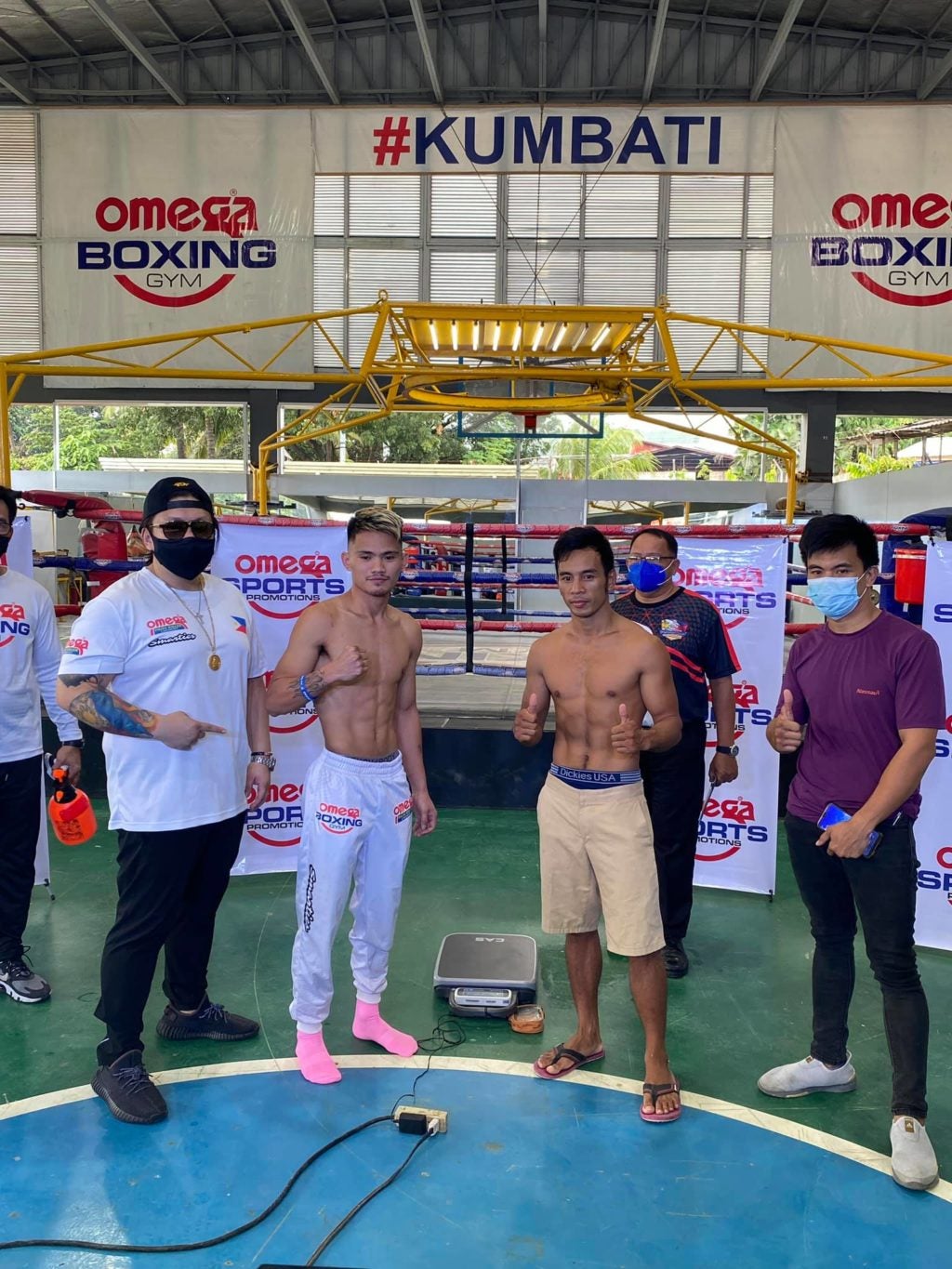 Christian Araneta (in pink socks) and Arnold Garde strike a pose during the weigh-in for their main event bout in Friday’s Kumbati 11. | Omega Boxing Gym Photo

The four-bout fight card will be headlined by Christian “The Bomb” Araneta trading leathers with Arnold Garde.

Araneta tipped the weighing scales at 111.8-pounds while Garde weighed in at 112.6lbs for their 10-round non-title bout.

Araneta knocked out Claveras in the first round three months after losing to African Sevinathi Nonthshinga in their IBF world light flyweight title eliminator in South Africa.