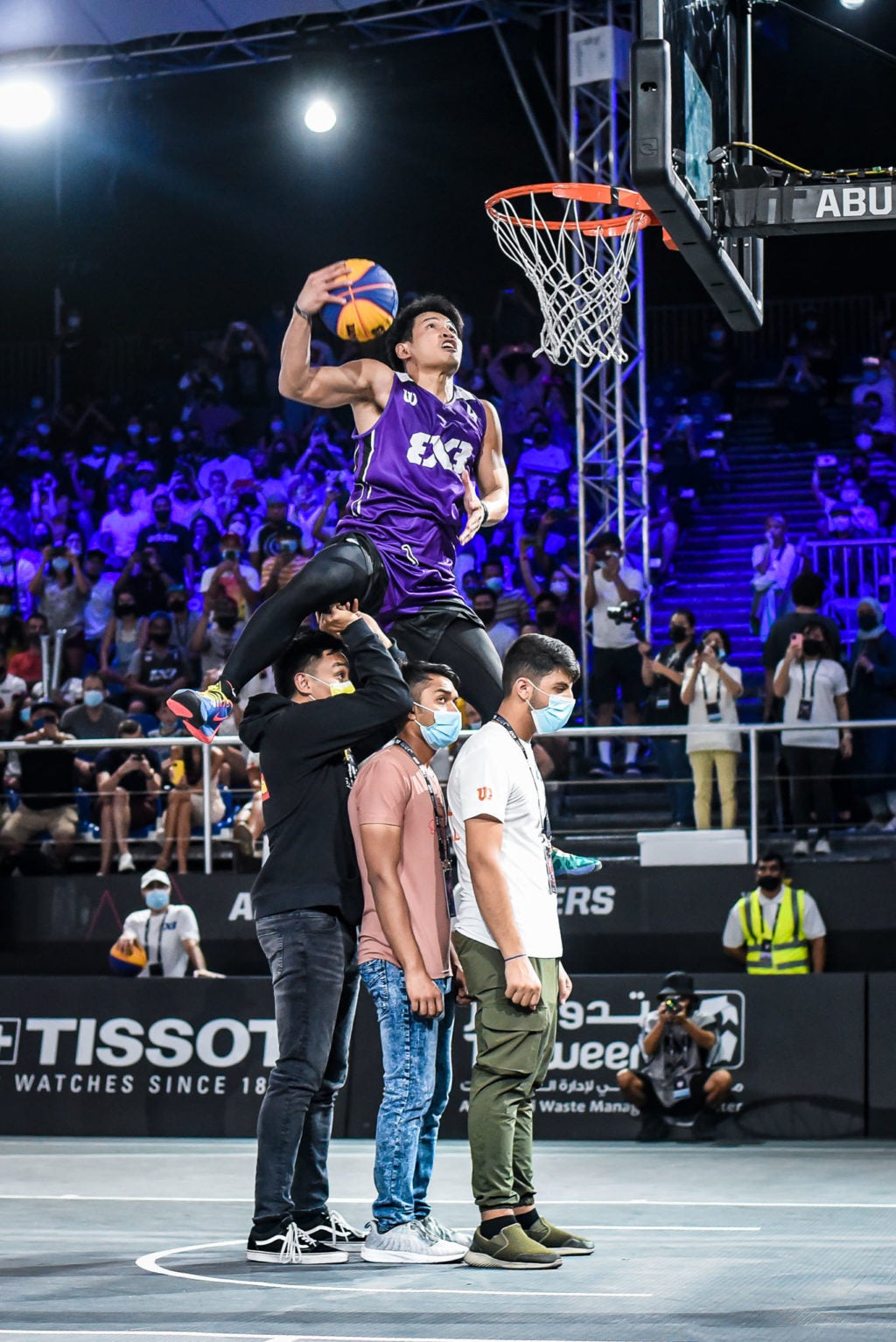 The 33-year-old high flyer ended his two-year hiatus with a resounding success after he bested the taller Vadim “Miller” Poddubchenko of Ukraine.

The 5-foot-8 Carlos who also represented Manila Chooks TM finished the competition with a final score of 9.7 over Poddubchenko’s 7.7 in the final round.

Carlos’s triumph served only as the third time a Filipino won a World Tour dunk competition. Carlos won it back in the 2017 Chengdu Masters and Rey Guevarra topping the 2015 Manila Masters.

And it was a dramatic and thrilling victory for Carlos.

“I just wanted to put on a show and to prove to myself that I can still compete with the world’s best,” said an exhausted Carlos.

Carlos though still went for broke as he tried to jump on four people but literally failed, and even hurt his back with the attempt.

He was already leading the scores with 9.35 over Poddubchenko’s 7.35 heading to the final dunk.

Instead of throwing down a simple one-hander and not risk getting a zero if he missed, Carlos decided to just go for an over-three-people dunk.

(I did not want to disappoint our fellow Filipinos who are watching here.)

(So, even if I am ahead, I still gave my all in that dunk earlier. I thought that even if I got a zero, I know that I gave my best.)

It was a welcoming news for the Manila Chooks TM who lost all their matches in the eliminations last Saturday.

Read Next
‘Hyperconnected towns’ in Cebu with new app