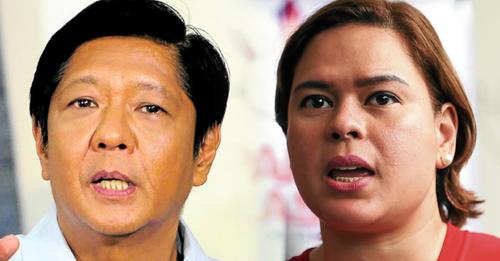 MANILA, Philippines — Former Senator Ferdinand “Bongbong” Marcos Jr. and his running-mate Davao City Mayor Sara Duterte-Carpio have vowed to continue and improve the achievements of President Rodrigo Duterte’s administration should they win in the 2022 elections.

Marcos Jr., son and namesake of late dictator Ferdinand Marcos, is running for president alongside Duterte-Carpio who is gunning for the vice presidency.

(I trust that through our uniteam with Mayor Inday Sara and our goal to continue the achievements of President Duterte, we will be able to rise up and achieve progress for our country.)

Meanwhile, Duterte-Carpio stressed that their tandem aims not just to continue the initiatives of her father but to also improve them.

(Our goal is to not just continue the initiatives of President Duterte but to improve and expand them.)

President Duterte, who will end his term next year, is endorsing his former assistant Senator Christopher “Bong” Go as his successor.