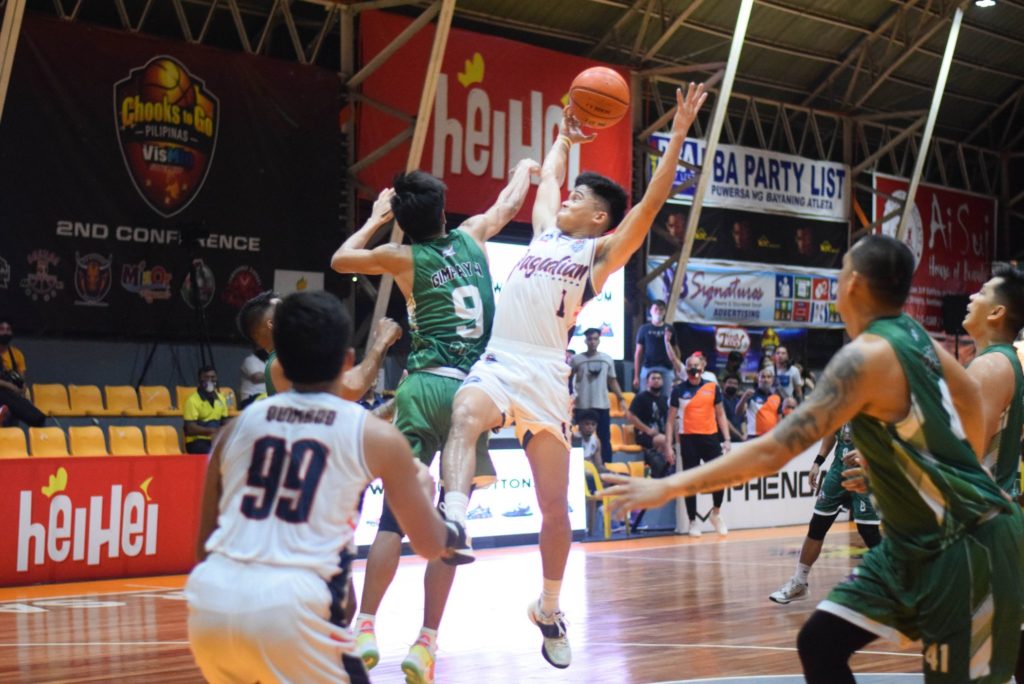 Niño Ibañez (1) of the PagadianExplorers and Jaymar Gimpayan (9) of the Roxas Vanguards battle for a rebound during their opening day match in the VisMin Super Cup. | Photo from VisMin Super Cup Media Bureau.

Jezhreel Acaylar’s heroics saved the Explorers from their thrilling showdown against the Vanguards.

Tied at 50 with 2:23 left in the regulation, Acaylar nailed a put back after canning his first attempt.

Vanguard’s Kent Segura made a layup with 1:10 left to inch within two, 52-54, but the defensive hustle of the Explorers showed up late, not allowing any bucket to fall in for the Vanguards to end the match.

Edzel Mag-isa dropped a double-double for the Explorers with 11 points and 12 rebounds, while Niño Ibañez also got himself 11.

The Explorers will open the day against Iligan at 4 pm, while the Vanguards will clash with Zamboanga Sibugay at 6:30 pm.

Read Next
17 passengers rescued from capsized boat in Danao City