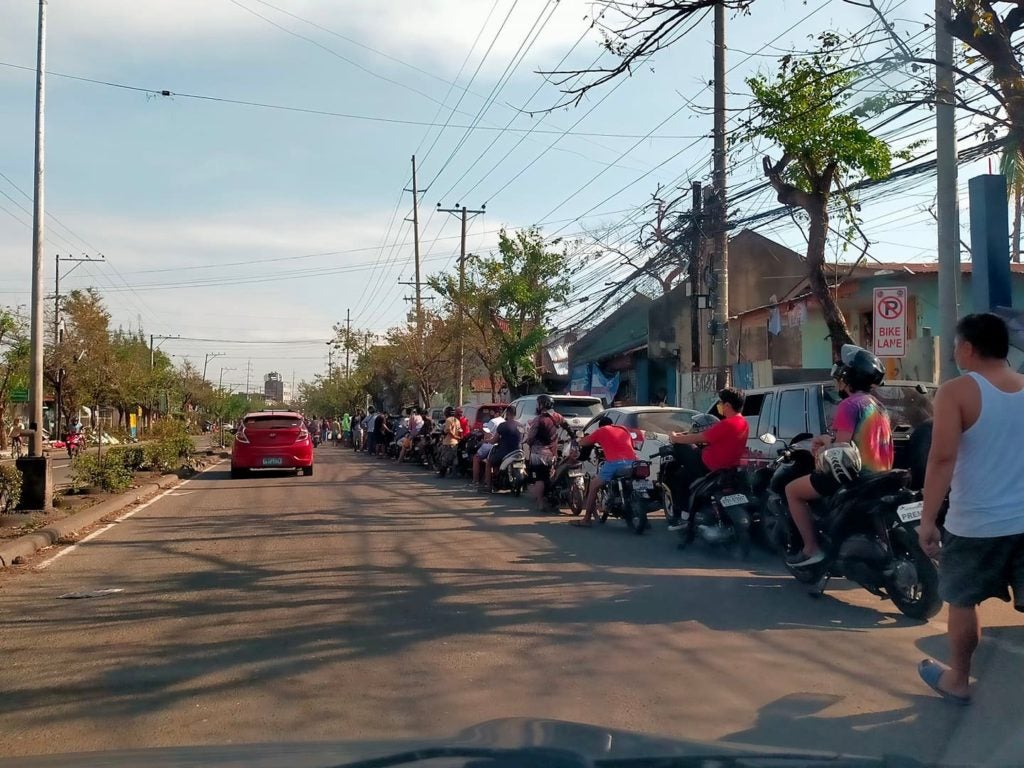 Vehicles line up along the road leading to a gasoline station in Cebu City days after typhoon Odette plowed through Cebu City and the rest of the Visayas. CDN Digital photo

Councilor James Cuenco has filed the Resiliency and Efficiency Amidst Disaster and Emergency (READE) Ordinance that would require fuel stations, drinking water refilling stations, supermarkets or groceries, pharmacies, telecommunication towers or installations, and commercial banks to be equipped with a standby power supply.

The ordinance mandates that these utilities, telcos, and establishments must maintain at least 50 percent fuel for power, water, food, medicine, and cash supply in a weekly basis as part of disaster preparedness.

In a phone interview with CDN Digital, Councilor James Cuenco said that he proposed this ordinance because following Typhoon Odette, the city was so devastated and clearly most establishments and even utilities lacked preparedness for such a disaster.

“Based on our experience, it was really a hard lesson to learn atong bagyo. We don’t want a repeat of that, we should be doing preemptive action aron di to mausab.”

“The main point is to assure that the basic supplies, power, water, and other essentials will have a steady supply whatever happens. Every day of our lives, we should have buffer stock duna anang butanga,” said Cuenco.

The ordinance requires establishments to have a standby supply of power and fifty percent supply availability at all times whether there is an incoming disaster or not. This way, even unexpected disasters like earthquakes can be prepared for.

The Office of the Building Official (OBO) and the Business Permit and Licensing Office (BPLO) will be issuing the READE certificate along with other permits the covered establishments are required of.

Random inspections will be done from time to time to ensure the compliance of the establishments as well.

For Cuenco, this ordinance should be the change required in the city following the disastrous typhoon, the effects of which is still being felt by residents nearly a month later.

This is why he is hoping for his fellow colleagues in the council to pass the ordinance within their term, which will end in June 2022.

“At least five of them (colleagues) have shown support to the ordinance, so I am confident that this will be passed,” said Cuenco.

The ordinance is currently being reviewed by the committee on laws and committee on disaster risk reduction and management.