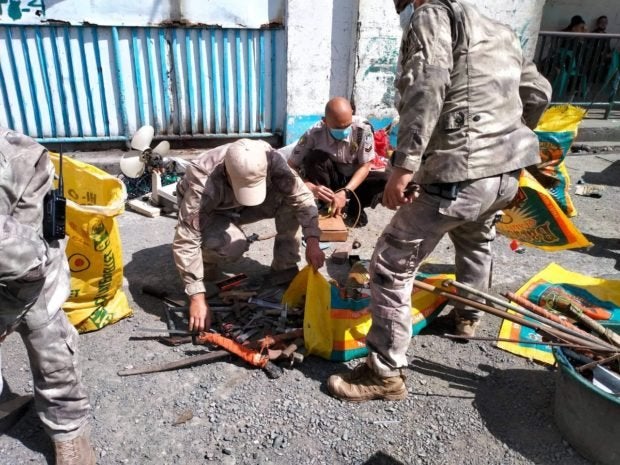 MANILA, Philippines—The Bureau of Corrections (BuCor) has discovered around 500 bladed and deadly improvised weapons following the demolition of old structures inside the New Bilibid Prison (NBP).

The clearing operations at the east quadrant side of the NBP’s Maximum Security Compound started at around 5 a.m., led by BuCor Chief Gerald Bantag.

“This activity aims to clear the East Quadrant of possible hiding places of unauthorized items and improve the security environment within the area,” Chaclag said.

He said old dormitories inside the east quadrant have been renovated and improved to increase the holding capacity.

“The cleared area will become common areas for group activities such as sports and educational projects,” Pacquiao said.

Other camps will similarly be cleared of illegal, unauthorized, and makeshift dwellings, Chaclag said.