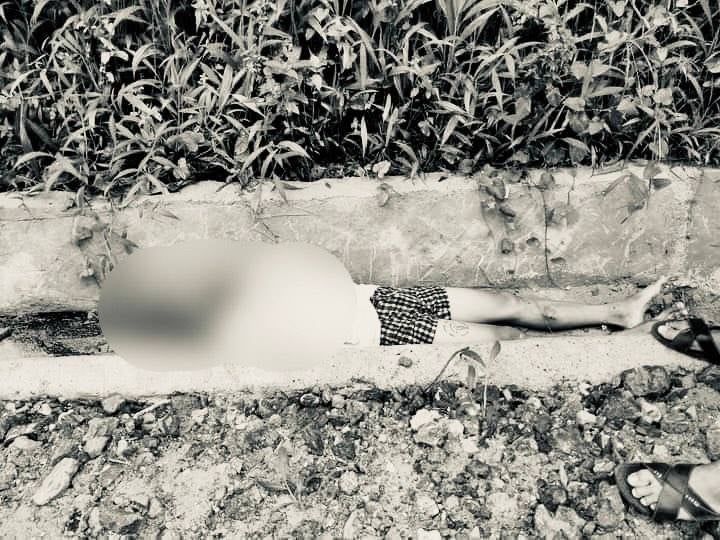 Police in San Fernando town admit not having any concrete leads on the killing of a former convict, but they said that they will focus on the robbery incident that the victim was reportedly involved in 2017. | contributed photo

CEBU CITY, Philippines — San Fernando policemen are focusing on the involvement in a robbery in 2017 as a possible motive in the killing of an “ex-convict” whose body was dumped in the roadside canal in Barangay Ilaya on Saturday, April 9.

The “BC 45”tattoo that they have found in the right thigh of the suspect has greatly helped them in identifying the victim — Joe Caparida, 32, a resident of Barangay Linao in Talisay City.

Based on their investigation, Police Corporal Mario Paul Pino said that Caparida was jailed in the Cebu Provincial Jail and he served time after being involved in a robbery in Dumanjug town last 2017.

Pino, however, said that he did know when Caparida was released from jail.

Pino said that the victim’s sister, Evelyn Caballero, was able to verify that the dead person was his brother through reports in social media.

Caballero positively identified the victim after she was shown by the police a picture of the dead person.

Pino said that the victim might have been identified, but they still had no concrete leads on why he was killed.

He said they were coordinating with establishments with security cameras near the crime scene as a way to identify the possible perpetrators of the killing of Caparida.

Witnesses said that they heard a pickup truck in the area at past 3 a.m. on April 9 or five hours before the body of Caparida was found there.

(According to the witnesses, they heard a vehicle backing up in the area and then they saw a man and most probably more than one team. As of the moment, they could not confirm this information.)

Pino also said that Caparida’s family did not mention anybody being at odds with the victim prior to his death.

He also said that the victim might not have been close to the family.

(Though they are siblings, his sister could not open up about the victim. She has no idea at all. Perhaps, the victim and his family are not that close. When I asked on the possible acts of Caparida, even his being convicted of robbery, they were surprised by this.)

Pino said among the possible angles that they were pursuing was the victim being involved in the 2017 robbery.

Pino also added that they had yet to get result from the Scene of the Crime Operatives (SOCO) personnel on how the victim died, but as what he saw at the crime scene, the victim had a head wound.

READ: San Fernando cop: Dead person found in Ilaya may be an ex-convict