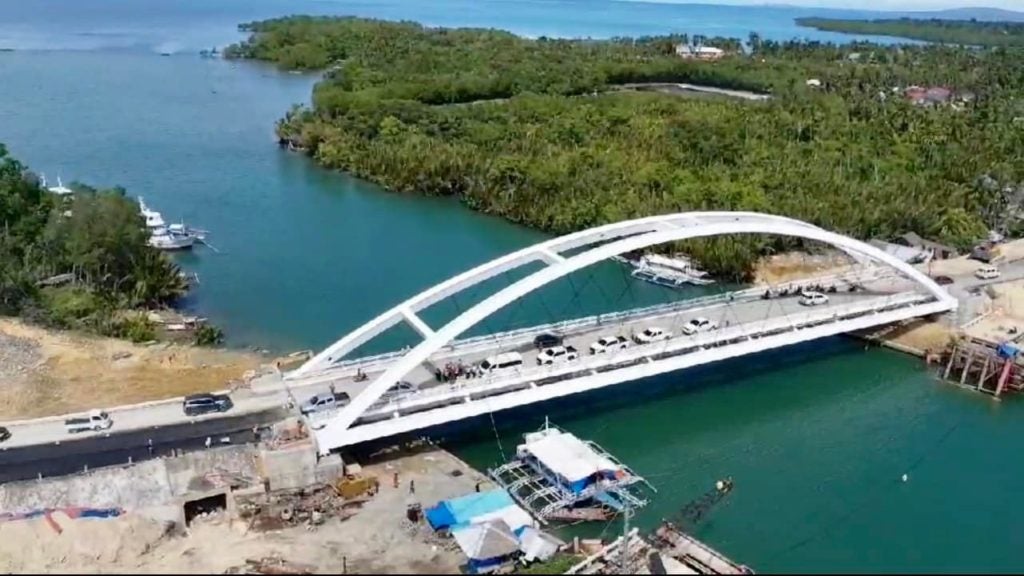 CEBU CITY, Philippines – The Department of Public Works and Highways (DPWH) is set to open the new Clarin Bridge in Barangay Poblacion Ubos, Loay, in Bohol to two-way traffic in June 2022.

The DPWH announced this development through a statement released in its official Facebook page on Wednesday, May 25,  2022, where it said that the national agency is looking to finish the paving of access ramps of the bridge by June 7, 2022.

“With a relatively favorable weather condition, all minor corrections and compaction of base course before the final asphalt overlay of approach road is targeted for completion by DPWH within 12 days or by June 7,” reads a portion of the DPWH statement.

The old Clarin bridge, constructed in the 1970s, collapsed last April 27, 2022, which resulted to the death of four individuals, including a foreigner from Austria.

The old Loay bridge was among the infrastructure damaged by the 7.2-magnitude quake that struck Bohol in 2013.

Undersecretary and Build Build Build Chief Implementer Emil Sadin, who is also in-charge of Unified Project Management Office (UPMO) Operations, was on the construction site of new Clarin Bridge along Tagbilaran East Road on Wednesday, May 25.

He said that the construction works are going well with the asphalt paving of approaches and installation of concrete guardrail posts and lighting works comprising the remaining unfinished work before opening to two-way traffic.

The DPWH said the new Clarin Bridge is designed as a Nielsen Arch bridge that spans 104 meters with approach roads at abutment A of 208 meters and at abutment B of 217 meters.

“In response to the unfortunate collapse of the parallel old Clarin Bridge on April 27, 2022, DPWH UPMO with the assistance of  DPWH Regional Office 7 and the District Engineering Offices in Bohol has worked vigorously to immediately open the new Clarin Bridge into a one (1)-lane traffic scheme to light vehicles with assigned flagmen and traffic aides in coordination with the local police and barangay,” it said.

The DPWH said the new Clarin Bridge was made passable in a one (1)-lane traffic for light vehicles including motorcycles, cars, vans, and utility vehicles since the first week of May.

While remaining civil works are being undertaken, passing motorists, it said, were advised to drive slowly and to follow all construction safety signs and barriers.

The DPWH said the embankment materials for the new Clarin Bridge have to be well-compacted to ensure quality and for the safety of the motorists.

“All equipment and personnel are in full-force working double time to open the bridge into two (2) way traffic the soonest possible time,” Sadain said in the statement.

The national agency also said that the new Clarin Bridge is expected to boost the tourism industry of the island province of Bohol by providing safe, economical, and dependable mobility of people, goods, and services.

Read Next
It was a disaster waiting to happen