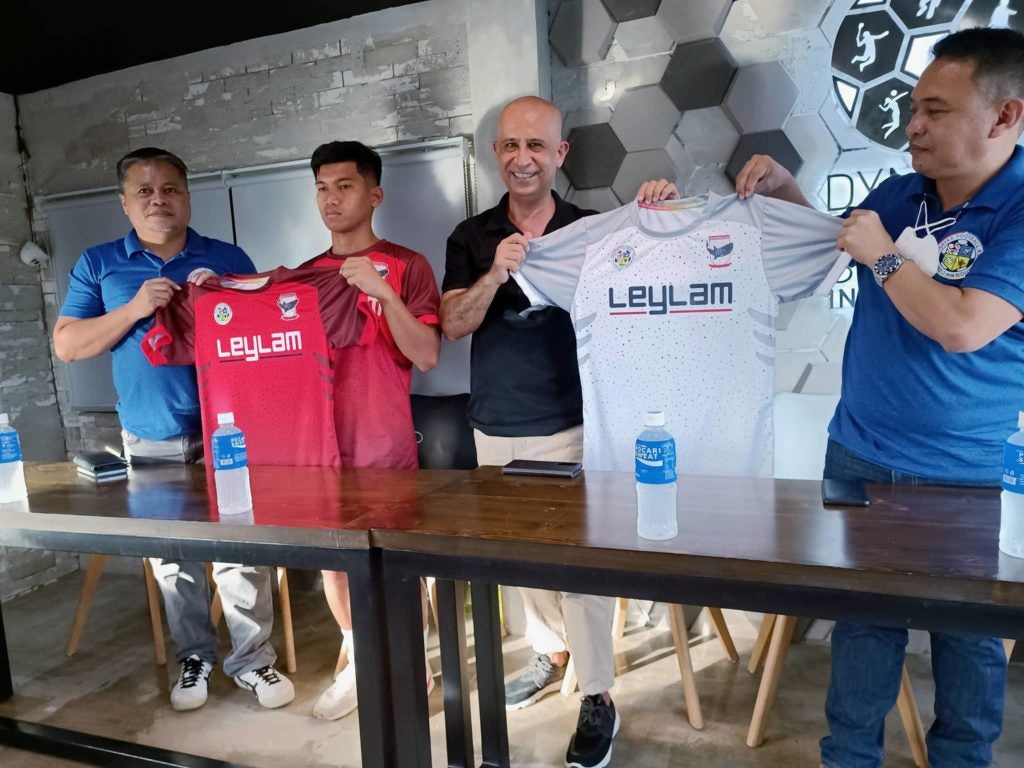 CEBU CITY, Philippines—Former rivals in Cebu’s football scene, the Central Visayas Football Association (CVFA) and Cebu Football Club, have forged a solid partnership in their bid to help develop the quality of football in Cebu.

Before forming the Cebu FC Gentle Giants, the club used to play as the Leylam FC of club owner Ugur Tasci while CVFA’s officials were the bigwigs behind the ERCO Bro FC.

These football clubs often found themselves competing in the men’s open division finals of Cebu’s premier football leagues such as the Aboitiz Football Cup.

Despite the two club’s storied rivalry in local football, their founders are now united under a common cause, which is to develop the quality of football in Cebu.

CVFA and Cebu FC’s partnership was officially sealed on Wednesday, August 3, 2022, at the latter’s home pitch, the Dynamic Herb-Borromeo Sports Complex at the South Road Properties in Talisay City.

“We have this venue, and the football club, I hope we can bring the level of football in Cebu higher. The more we inspire young kids, the more chances they will become part of the new future of Philippine football,” said Tasci.

“We used to compete in the past with CVFA’s teams, like the ERCO Bro. We may be opponents and rivals in football, but at the end of the day, we are friends and we are also colleagues in football.”

Part of the two football outfits’ initial projects is the grassroots development program wherein CVFA’s U-19 squad will help with Cebu FC’s football academy in the mean time.

In addition, Cebu FC lets CVFA use its top-notch Dynamic Herb-Borromeo Sports Complex’s artificial turf for the CVFA U20 Invitational Cup, which kicked off Thursday, August 4, 2022.

“This is a big help to the football association coming from our very own professional team. Actually, this is a dream come true. It’s the missing link that many Cebuano football fans are waiting. To have a FIFA-standard football stadium. Now we are here having our tournament,” said Partosa.

Cebu FC and CVFA have major plans in football in the future which they will be announcing soon. In the meantime, they are focusing in hosting the invitational tournament which fielded in four teams in CVFA U-19, Forza FC, Negros United FC, and Bohol selection team.

Read Next
PSL 21-U: Bukidnon stuns Consolacion in OT