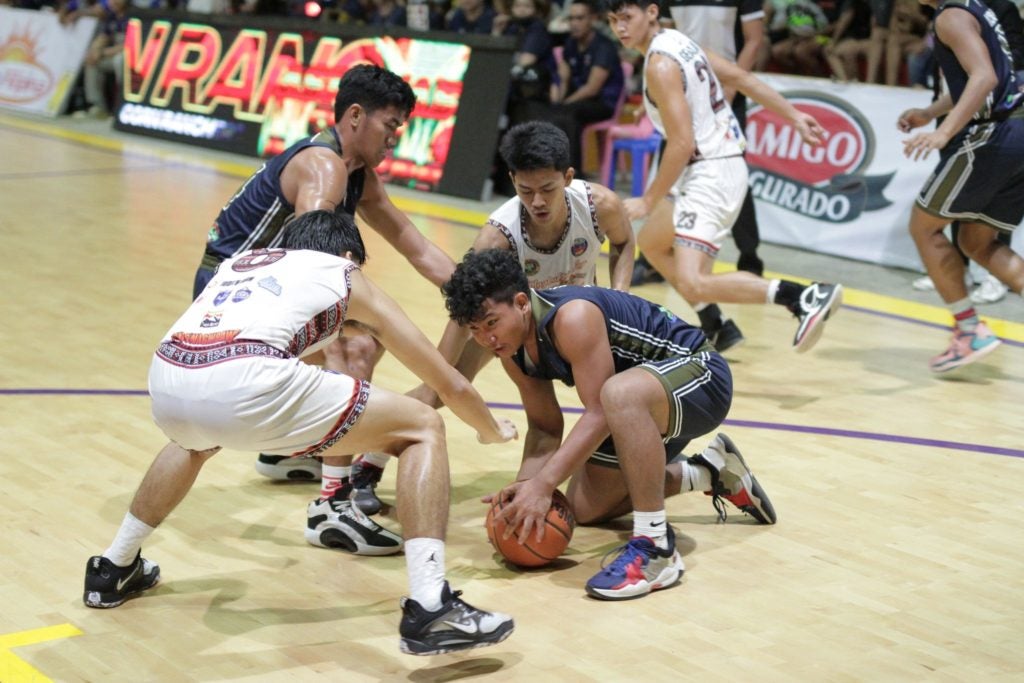 Players from Consolacion and Bukidnon scramble for the loose ball during their PSL 21-U match. | Photo from the PSL Media Bureau

CEBU CITY, Philippines—It was Déjà Vu for the Consolacion Sarok Weavers as they once again lost to the Bukidnon Cowboys, 61-58, in overtime in the ongoing Pilipinas Super League (PSL) 21-U VisMin leg on Thursday evening, August 4, 2022, at the Cordova Sports Complex.

The loss ended the Sarok Weavers’ five-game winning streak as they now have a 5-1 (win-loss) record to create a three-way tie with the Cowboys and the Davao Occidental Dreamers on the top of the team standings.

It can be recalled that the Sarok Weavers’ lone defeat in their amazing title-winning run during the Aspirant’s Division Cup in Zamboanga del Norte was against the Cowboys.

The Cowboys inflicted Consolacion’s lone defeat in the entire tournament with a  71-69 win the opening game on April 7, 2022.

Last night, the Cowboys duplicated their stunning upset with the thrilling overtime victory.

Ivo Salarda led Bukidnon with a double-double outing of 14 points and 15 rebounds to go with two assists, four steals, and one block.

Jayvee Pascua was one rebound away from having a double-double performance after scoring 11 points and grabbing nine rebounds. He also tallied two assists and three steals.

It was Pascua who made the game-winning three-pointer in overtime off a pass from Dwyn Lloyd Dacutanan. Interestingly, it was Bukidnon’s only three pointer in the game.

Consolacion’s big man Matthew Flores had a double-double game of 18 markers and 12 boards with  two assists, and two blocks.

Flores, Froiland Maglasang, and Dave Paulo helped Consolacion fight back in the fourth period. He also tied the game at 49 with his split freethrows, forcing overtime.

Asturias now improved to a 2-4  while Ormoc dropped to .

Read Next
No fatalities due to flooding, says Cebu City DRRMO