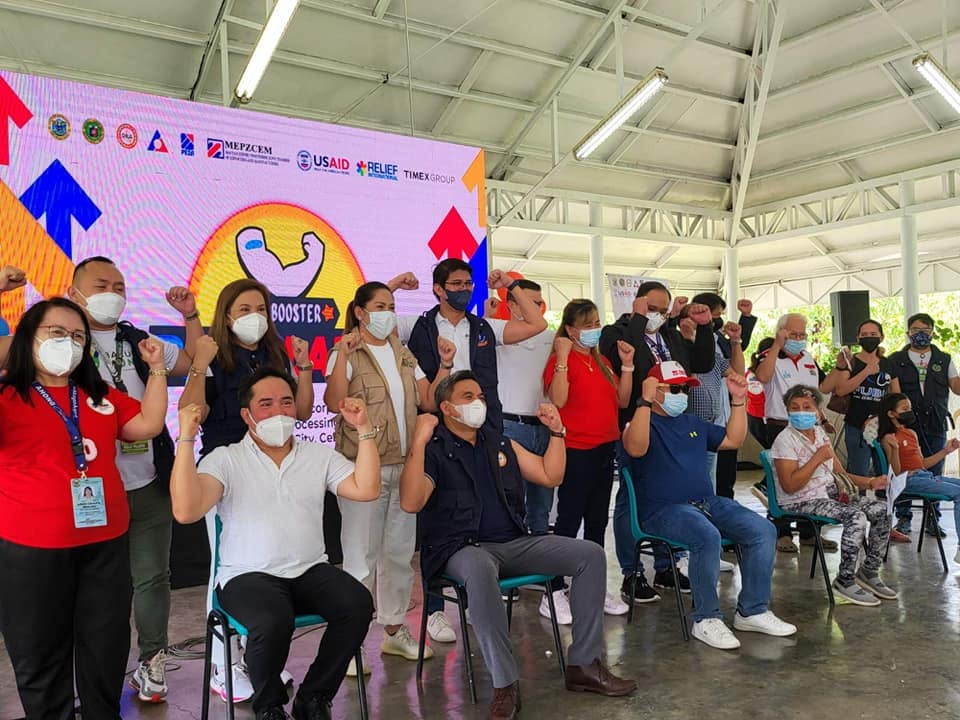 Representatives from DOH-7, City Government of Lapu-Lapu, and Mactan Export Processing Zone (MEPZ) pose for a photo op during the Sa Booster PinasLakas campaign at the TMX Philippines, Inc. at MEPZ in Lapu-Lapu City. | photo from Lapu-Lapu City PIO

DOH-7 has earlier targeted to inoculate 1,000 individuals during the activity.

Dr. Sophia Mancao, OIC assistant regional director of DOH-7, said during the activity that this is a part of their COVID-19 vaccination strategy for the first 100 days of the administration of President Ferdinand “Bongbong” Marcos Jr.

The agency is also targeting to inoculate 90 percent of those who belong to the A2 category or the senior citizens and 50 percent of the general population to have their booster shots.

Currently, Mancao said that only 71 percent of senior citizens in Lapu-Lapu  were vaccinated with the COVID-19 vaccines and only 18 percent of the general population have received their booster shots.

“Nalipay gyud mi no nga naa nata ani nga bakuna. Because of course with the development of the COVID vaccine, we can move forward amidst this crisis,” Mancao said.

Dr. Vain Phillip Baton, program manager of the emerging and re-emerging infectious disease of DOH-7, also said that in Central Visayas, only 60 percent of the total population of senior citizens were vaccinated with the COVID-19 vaccine. Aside from this, only 20 percent of the general population have received their booster shots.

“Mao na nga naa tay program such as the PinasLakas campaign to make those who are already eligible for their booster to get their first booster,” Baton said.