Anatomy of a Cebuano actor 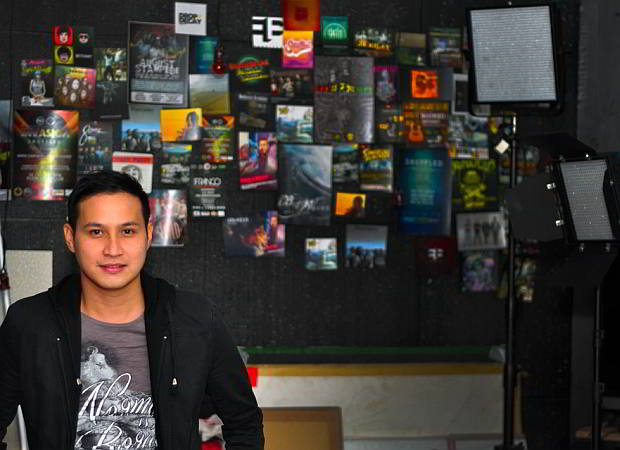 It’s too easy to say that Mark Anthony Comendador Daclan was at the perfect place and time. The passionate  production  assistant has witnessed the unfolding of every Remton Zuasola film—until quite by accident he became the best actor of the 10th Cinema One Originals film festival.

In the groundbreaking indie film “Soap Opera,” Daclan plays the role of a father who would do everything for his family.

He played the part so convincingly real, it’s   quite a surprise to find out that   a) he has never been a father, b) he lost his own father at the age of one.

Practically plucked from obscurity, 20-something Matt is all-guts, an organic actor that beat Jericho Rosales and JM Guzman at the nominations and scored a tie with Sandino Martin who did “Piaf” on legit stage opposite Pinky Amador, as well as a few indies. Call it beginner’s luck—but right now, all eyes in tinseltown are on him.

The Play! pool cornered Matt at the 8Thumbs office the morning after his victory and chitchatted with the promising thespian whose time to shine has come.

How did your foray into films start?
I was just behind the scenes, as an audio boomer, or one of the production staff. This was  back in 2003 to 2005. I was fresh from college, Computer Engineering studies in University of Cebu.

Remton and I have always been friends and we have this church group, a dramatic guild at the San Lorenzo Parish in Tisa. Sacristan sab ming duha. From there we honed our creative craft. Sa college, Remton took me as a talent for a music video and ngadto na nagsugod nga I became  part of the production crew. I got exposed to filmmaking and eventually I was doing  short Visayan films.

I was also an extra (background artist) for “My Paranormal Romance,” and  a zombie for ”Di Ingon Ato.” The latest that I was in was “Aftershock,” which also garnered several awards. And then came this film.

Were you expecting to win?

No. My only fulfillment back then was doing the shoot and finishing the film. Contented na ko sa akong acting… that I was bigay todo.

Tell us about your role.

I portrayed the role of Noel, a father who is unfortunate kay his family is poor. The family is into TV soap operas and Roel who also is a tambay is sidetracked into conning a foreign tourist along with his wife because their son has cancer. Basically it’s a film that tackles deceit and lies.

How were you able to pull off a struggle and pain like that?

It’s the most difficult gyud because somehow I don’t know what it’s like to be a father since  I am still single. The pain was drawn from my being without a father. I am just lucky that I have a very, very good director. 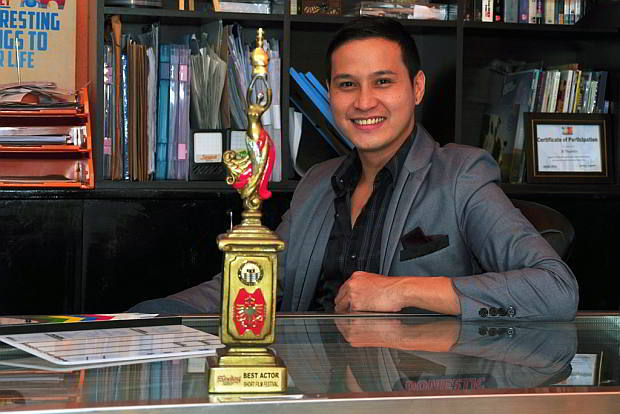 Tell us about the awards night. How did you feel when it was announced that there was a tie for the Best Actor award?

I was in shock. I thought na that was it, and when they announced that there was a tie… Honestly,  I hoped for a second na maayo unta nga ako lang, and good enough nga my name was called.

I was so grateful and somehow it made me look back sa mga giagian nako—the struggle and the hardwork, all of it.

Who among the local actors do you look up to?

I want to do an action film. That would be something new and challenging.

What did you learn about yourself from doing this film?
Mainly I learned the value of hard work. I can safely say nga not all performers are lucky though sa akoa it was also not easy. Swerte lang ko nga I worked with brilliant people.

How far would you go as an actor? What’s your take on nudity?

I have nothing against nudity though mao na ang lisud gyud nakong mabuhat. Lisud i-explain pero mas confident lang gyud ko acting-wise and I am willing to go further for a role. Anything nga basta new or challenging, I am always up for it. Ayaw lang sa ng hubo-hubo. Hahaha!

Which role in a movie is one that you wished you played?

Leonardo DiCaprio as Jack in “Titanic”… I secretly wished to be him, because it’s a role of a lifetime. It must have been great to work in a very big set and with a talented actress like Kate Winslet.

Playing a gay role especially if one is straight is the hardest thing to do, but if you look at the greatest performances of great actors of our time, they made it while playing gay roles, like Jake Gyllenhaal and Heath Ledger in “Brokeback Mountain,” and Tom Cruise and Brad Pitt in “Interview with a Vampire.” Antonio Banderas did countless gay films when he was younger. Coco Martin and John Lloyd Cruz are also examples of actors who gave the best performances of their lives as actors playing gay roles. So definitely I would be open to  playing  a gay character in the future, when the  right story comes along. I have lots of gay friends and they are great people and I certainly would love to give a dignified performance that would give a better understanding of their lives.

Did it ever happen to you that even after a successful take, the character you’re playing still clings on to you? How do you shake it off, if ever?

Remton my acting mentor and director warned me about the dangers of living the character’s life even after a take, especially if the character is very dark in nature. But so far the characters that I have played are not dangerous so I can take them with me. In “Aftershock,” I played a suicidal character who was broken-hearted. We had lots of session where my director and I dug deep into our consciousness to find the painful memories that are hidden and bring them forth and relive them. In “Soap Opera,” even after takes, Nateliegh and I still remain sweet and loving to each other so the rhythm doesn’t break. Even Chris Perris, the third person in the love triangle who is a jealous lover plays along with us, when when we are just resting from the shoot. So it is very very easy for us to interact once the camera starts to roll. 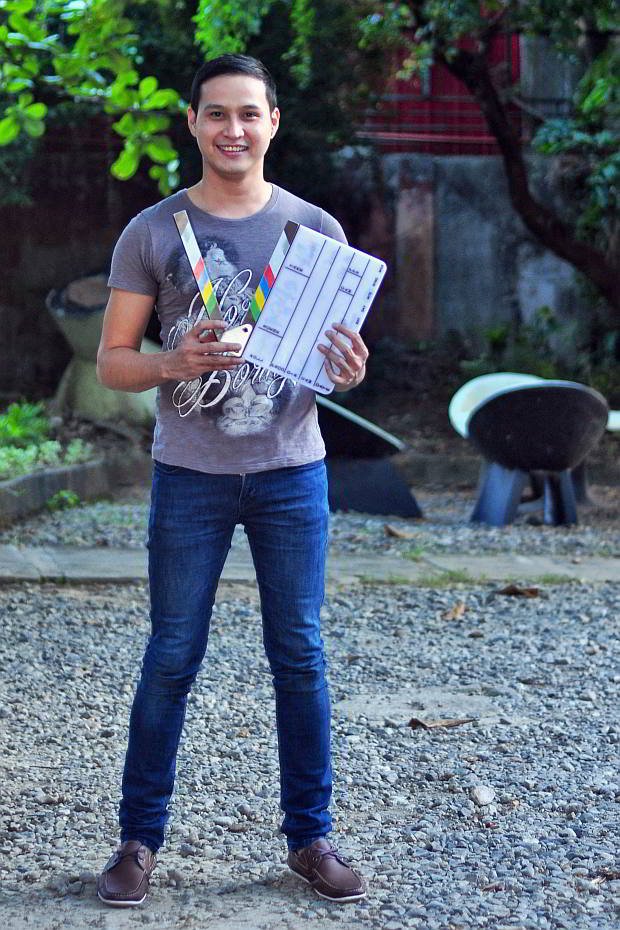 What is your wish for the filmmaking industry in the Visayas?

I wish that Visayan filmmakers and artists be given more avenues to create and showcase their works because there are so much talented people here. I also wish that the government and the private sector will be active in supporting and promoting local films by providing production grants and tax incentives to local films. In Cebu alone we have a very healthy and growing film community and I hope it continues to grow bigger in the near future. And I think one of the good things that Cebu is doing now is the creation of film festivals that
encourage local filmmakers to
create films.

If you weren’t into films, what would your job be?

I became a production assistant/coordinator of Remton’s films and other shoots, then location manager and talent coordinator. I think if I didn’t jump into acting and hosting I would probably still be working on films but behind the camera, gearing towards film producing.

I’m a homebody but sometimes I go out to watch movies with my girlfriend. I do my laundry. I love doing the daily chores in the house and I even painted our walls.

How do you reward yourself after a hard day’s work?

I go out to eat. Getting a massage and a cup of coffee is enough. But the best reward for me is travelling or  going swimming. I’m a beach lover. But I don’t do that on a daily basis because it is too expensive. Haha! 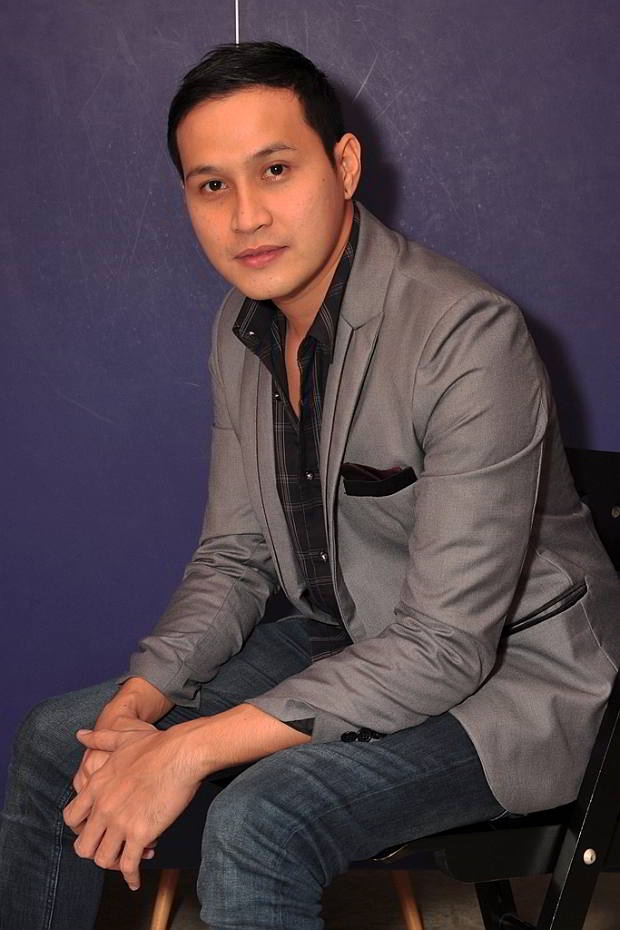 Fill in the blanks. People would be amused to find out that you are…

My mom Shawie,  my siblings who are very supportive, director Remton and the good people that surround me.

If Ramini (a character in a 1980s radio serial) were real, the superpower you would like to possess is…

His flying techniques so that I don’t have to pay for every plane ticket whenever I travel all over the Philippines.

By: Ervin Santiago
Advertorial What's Up!