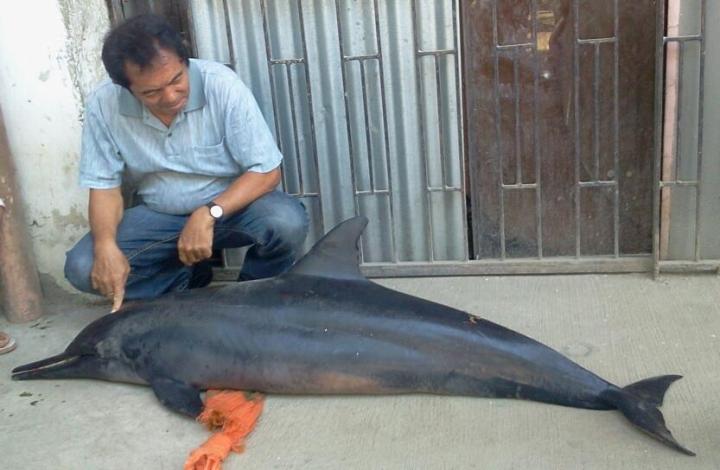 A dolphin was turned over to authorities after it was found by fishermen trapped in a fishing net off barangay Caubian, an islet in Lapu-Lapu City.

Three fishermen were carrying the dead dolphin early Wednesday morning when they were told by volunteers of the Barangay Public Safety Officers that they could be held liable  for violating wildlife laws.

The fishermen decided to turn over the dolphin to Caubian barangay captain Jackson Matbagon.

The fishermen said the dolphin was already dead when they found it trapped in a net submerged underwater.

The marine mammal was identified as a female Spinner Dolphin,  which measured 1.66 meters and weighed 40 kilos. The species  is visible in the seawaters of Olango Island and Hilutongan Channel.

A necropsy will be conducted to find out if the  dolphine drowned or was beaten to death, said Orlando Leyson, head of the City Fisheries and Aquatic Resources Management Council Office.

Chapter 6 of Section 97 of the Republic Act 8550 states that fishing or taking of rare, threatened or endangered species is unlawful.

Violation of the provision of is punishable by imprisonment of 12 to 20 years and/or a fine of P120,000 and forfeiture of the catch, and cancellation of fishing permit.