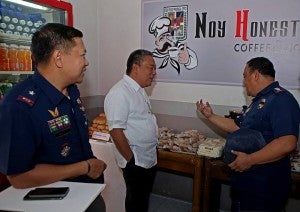 Noy Honesto, the self-service cafe at the headquarters of the Cebu Provincial Police Office (CPPO) has expanded its wares to include Cebu delicacies.

Gov. Hilario Davide  II commended the  project, which relies on customers to leave their payment and collect the exact change even if no one is around to  serve them, a first of its kind for a police office in the region.

“This promotes honesty and transparency and should also be reflected in every government organization,” Davide said.

“So far, with our operation, there is no discrepancy yet. Usahay naa pa gani sobra nga P5, basin ang uban i-keep the change na lang (Sometimes, we even have an  excess of P5, maybe the buyer just left the change),” said CPPO director Senior Supt. Noel Gillamac.

Police personnel wore shirts printed with “Noy Honesto”, the name of an honest boy in a TV series. 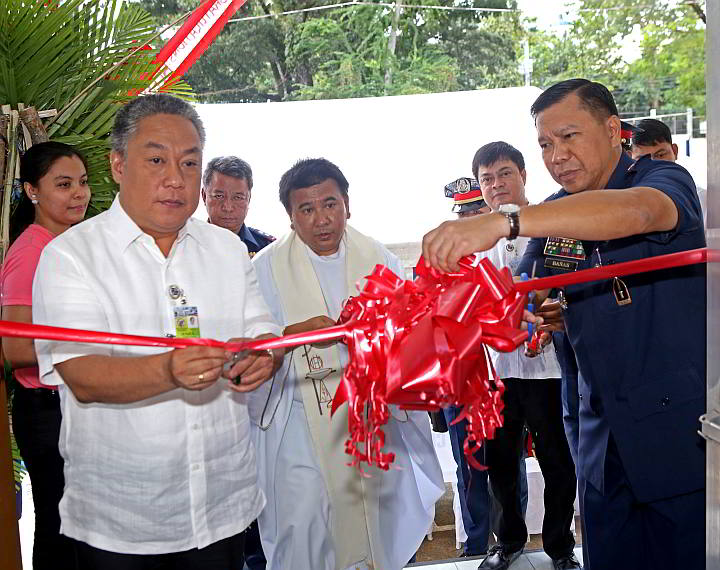 Firearm repairs
Governor Davide also announced that the Capitol would  shoulder the cost of repairing  defective firearms of the  provincial police.

Davide said the Memorandum of Agreement (MOA) will be signed this month with the PRO-7.

Gillamac said they have identified 60 firearms in need of repair.

“We have about  120 well-trained SWAT police  deployed in the whole province of Cebu. Maybe half of them  will be equipped with these firearms,” said Gillamac.

Gillamac said the refurbished firearms will be high performance guns suited for the tasks of the  Special Weapons and Tactics (Swat) units.

He said he was confident the guns would be ready in the next few months.

“Confidence is very important for Swat units. If they have sophisticated firearms I don’t think criminals would  fight it out with them,” the provincial police chief added.

Read Next
Groundbreaking for women’s center in Lahug