Time to pay up 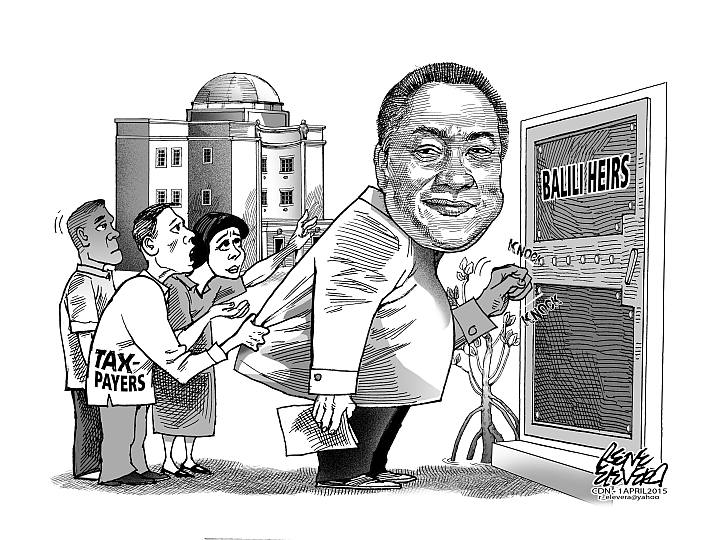 The Cebu provincial government will take some time before it can resolve its P36.9 million refund claim from the Balili heirs after the court ruled in their favor recently.

Among the questions that Cebuanos want answered is what will become of the property that was touted by former governor Gwendolyn Garcia as an economic zone that would deliver long term benefits to the province.

Since it is locked up and used as evidence of Garcia’s alleged wrongdoing before the Sandiganbayan, any development of the property is prohibited. The landfilling previously done in the 27-hectare property was questioned before the court and suspected as a cover-up of the property’s submerged state.

Two aspects of the Balili property case, an “Amazing Land Deal” followed by Cebu Daily News since 2008  won’t see immediate resolution. As much as we want to know how the province ends up dealing with the land,  the P36.9 million refund claim appears the path of least resistance.

Based on recent statements of Cebu Gov. Hilario Davide III,  he’s not in a hurry.   The  Sandiganbayan case against the former governor now congresswoman and the P36.9 million refund claim on the Balilis will take its due course.

The governor said he was  willing to meet with the Balili heirs in his office to resolve the claim but gave no date.

He knows the money has already been spent by the family heirs.

Balili lawyers insisted on an impossible condition for returning the money — that the province  first return the land titles to them.

The family lawyer made the erroneous analogy of the court ruling as a David and Goliath situation with the  Cebu provincial government as the behemoth bullying Amparo Balili, an elderly widow, into paying up the amount which was offered to them in the first place by a previous governor.

First, we may never know the exact details of the negotiations that was facilitated by, among other people, former Provincial Board (PB) member Juan Bolo.

The deal was made with no critical oversight whatsoever in the Capitol in the past administration. It took an environmental group opposed to the construction of a coal ash disposal facility in Naga City where the property is located to bring up the submerged state of most of the estate, a  discovery confirmed by the Department of Environment and Natural Resources (DENR) that the property is classified as public domain.

The court ruling on the P36.9 million refund claim is not a case of David versus Goliath.

It is not the provincial government that’s demanding the refund but Cebu taxpayers whose money was misappropriated by officials out to make money and the Balili family.

Someone has to pay up. If not in hard cash, in personal accountability of officials who cooked the  deal.