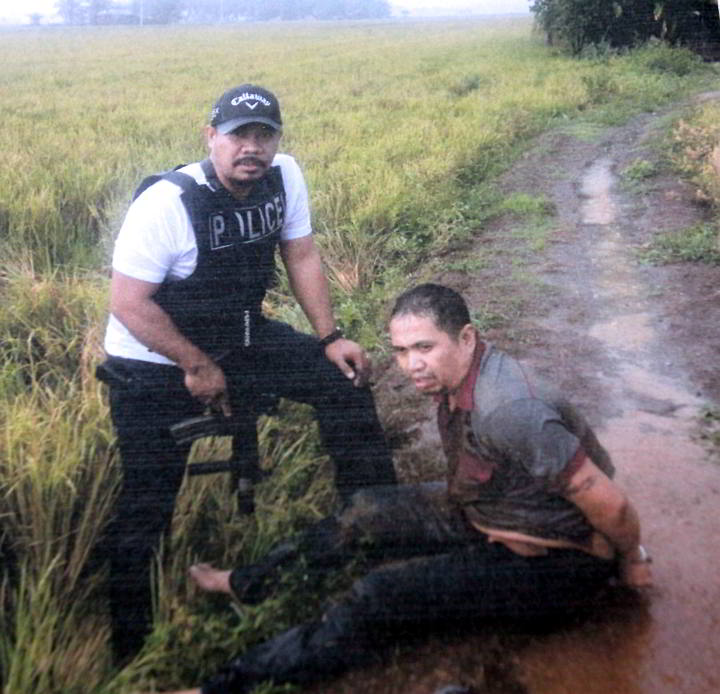 A former security guard who admitted to being a member of the Mindanao robbery group that was tagged in last month’s My Gold jewelry store heist was arrested after a brief shootout with the police in Zamboanga del Sur last week.

Mario Remitre was injured in the chest and shoulder after he engaged in a shootout with the Regional Special Operation Group (RSOG) in the rice field near his home in barangay Kapalaran, Tambuli town in Zamboanga del Sur.

He was arrested last May 8 and it was only announced to the media yesterday because the RSOG believed that they could still arrest Remitre’s cohorts who were tagged in the My Gold jewelry store heist in downtown, Cebu City. 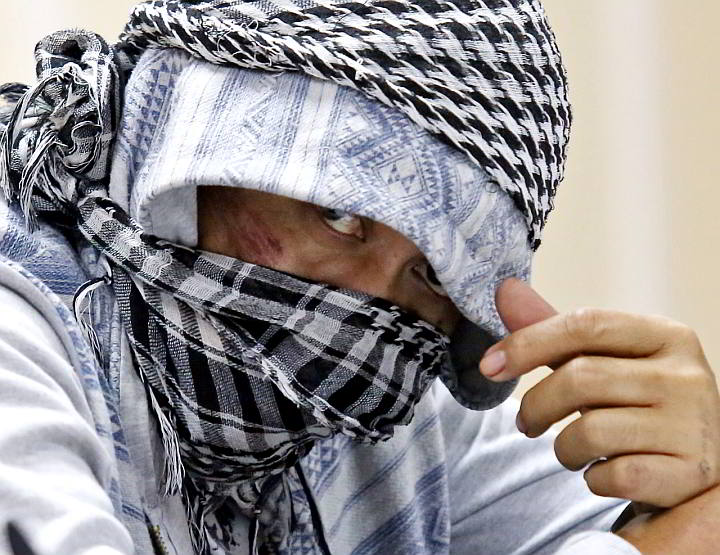 Mario Remetre covers his face when he was presented to the media this morning. (CDN PHOTO/ JUNJIE MENDOZA)

Also included in the arrest warrant were Gerardo Saniel Tompong and Richard Daguman. Based on closed circuit TV (CCTV) footage of the My Gold store heist, police said Remitre wore a ball cap and a surgical mask.

“He was seen on CCTV as one of the robbers na pumasok at kumuha sa mga jewelry (who entered and took the jewelry). He carried a bag with stolen jewelry inside worth P5 million,” Bañas said.

Remitre was also identified as one of the suspects in the P1.9 million e-bingo outlet robbery in Mandaue City last month. Remitre admitted to being involved in the Tagbilaran City robbery. “Dili ko maka-deny ato kay nakit-an man ko (I won’t deny it because I was spotted),” he said.

He also admitted to a string of robberies in Manila. But Remitre refused to comment when asked about the My Gold store and e-bingo robberies.