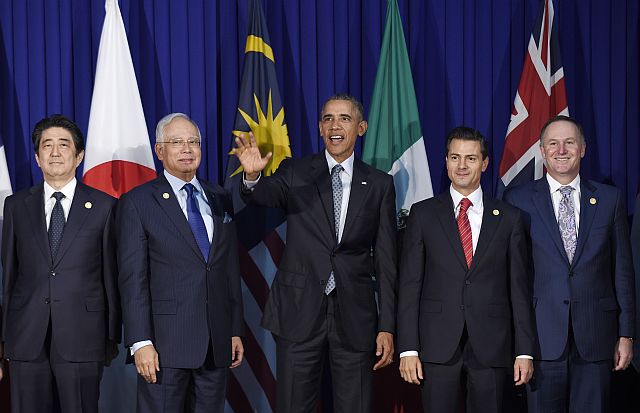 Manila — President Barack Obama called on China to halt land reclamation and construction in the disputed South China Sea in his latest show of support for Southeast Asian nations unnerved by China’s assertiveness in the region.

Obama met yesterday with Philippine President Benigno Aquino III on the sidelines of the Asia Pacific Economic Cooperation summit in Manila, where he called for “bold steps” to lower tensions over the contested waters.

Obama said he and Aquino discussed the impact that China’s land reclamation is having on regional stability. He’s said that maritime disputes need to be resolved peacefully.

“We agree on the need for bold steps to lower tensions, including pledging to halt further reclamation, new construction, and militarization of disputed areas in the South China Sea,” Obama said.

Aquino said freedom of navigation and overflight in the South China Sea must be continuously ensured, consistent with international law.

South China Sea disputes and the Paris attacks have overshadowed the trade- and business-focused agenda of the annual APEC summit.

Chinese President Xi Jinping has stressed on the importance of fostering peace in the Asia-Pacific region and not allowing disruptions to take away attention from Asia-Pacific Economic Cooperation’s (Apec) sustainable development agenda.

In his speech during the Apec CEO Summit yesterday, Xi said Apec countries should “step up policy dialogue and coordination and use Apec as a platform to create synergy.”

But in his speech, Xi said conflicts among the member countries should be resolved through dialogue and consultation.

“I am confident that the vast Pacific Ocean will become a bridge of cooperation, a bond of friendship and a place we call our common home,” Xi said.