The Cebu provincial government is taking steps to ensure that provincial and district hospitals have enough medicines and supplies in order to prevent unnecessary deaths of patients.

Jone Sepe, Provincial General Services Office (PGSO) officer-in-charge, said they will put in place an ordering system that will allow district hospitals to acquire medicines and supplies by issuing only a purchase order directed to the supplier.

This will be on top of the four procurement modes that the provincial government is implementing, namely, public bidding, government-to-government, consignment and the provision of a revolving fund for each hospital. 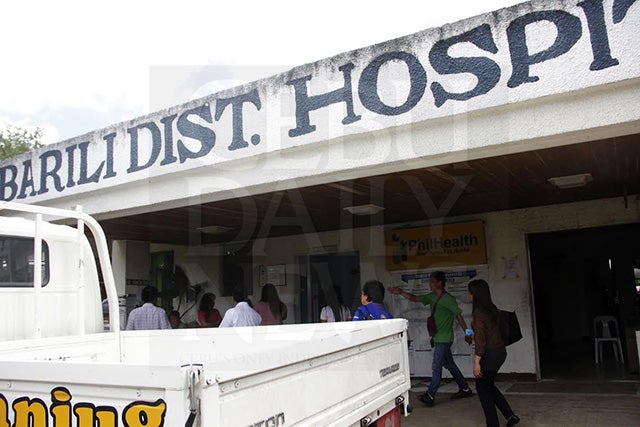 Barili town residents can expect improved medical services once the hospital building is completed. The new building is targeted to be operational by the second quarter of 2016.

With  these options on hand, Sepe said the possibility that province-owned hospitals will run out of medicines and supplies will be “very remote.”

Sepe said each of the 16 provincial and district hospitals will be given their own budget for medicines and supplies by next year.

“In 2016, there will  be appropriations for each hospital to buy their own supplies, unlike now where the whole budget is still under the Provincial Health Office (PHO),” Sepe said in a press conference earlier this week.

He admitted that assuring the constant availability of medicines and supplies in province-owned hospitals remains  a problem, but he said it isn’t as bad as before.

He said officials are more confident now, although he stressed the need for better coordination and communication.

Sepe said hospitals should know when to request for medicines and supplies because processing of the request and delivery will take time.

The provincial government used to procure medicines only through public bidding.

At present, Sepe said they also use the government-to-government procurement mode, getting medicines and supplies from the Vicente Sotto Memorial Medical Center (VSMMC).

Under this system, the Capitol does not have to bid out medicines since these have already been bid out by VSMMC.

If the medicines and supplies are included in the province’s Annual Procurement Plan, then the Capitol may issue a purchase order to the hospital.

“The initial problem we encountered with the help Sotto gave is that this wasn’t really included in their plan. With the magnitude of their requirement and our own for medicines, sometimes, we contend for the stocks,” said Sepe.

A consignment committee was assigned to monitor level of stocks and will alert suppliers if the quantities go down.

The provincial government has also given P200,000 as revolving fund to each of the 16 hospitals for the purchase of emergency medicines this year.

Last month, a public school teacher died at the Tuburan District Hospital after having been injected with expired insulin, which was bought from a nearby pharmacy.

The hospital did not have insulin in stock because patients suffering from diabetes are generally referred to bigger hospitals nearby or those in Cebu City.