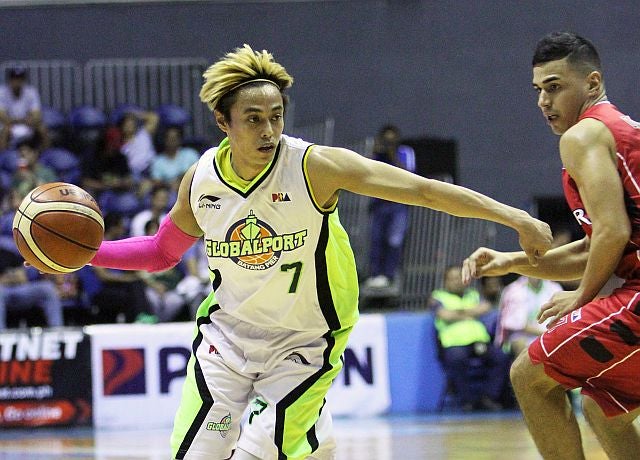 Terrence Romeo struggled mightily from the three-point land but found his shooting touch at the most opportune time as he pumped in critical points to lift the GlobalPort Batang Pier to a 118-116 overtime win over the hard-fighting Mahindra Enforcers yesterday in the 41st PBA Philippine Cup at the Araneta Coliseum.

Romeo missed his first 12 attempts from the three-point territory but ended the drought with a dagger of a three-pointer that tied the contest at 116-all with 29.8 seconds left in overtime.

After an empty Mahindra possession, Romeo completed a coast-to-coast layup, that put the Batang Pier ahead, 118-116, with 3.3 seconds remaining.

The Enforcers couldn’t get a clear shot at the basket in the game’s final play allowing the Batang Pier to escape.

Romeo scored eight of his total points in the extra five-minute session.

By pocketing their fourth straight win and seventh overall in 10 games, the Batang Pier secured a crucial twice-to-beat advantage in the quarterfinal round.

Mahindra came close to stealing the win when it led, 103-101, with 10.7 ticks left in regulation but Pringle hit a buzzer-beating jumper that forced the extra session.

The Enforcers, who dropped to 2-8 (win-loss), 24 points from Aldrech Ramos.

Arwind Santos fired 30 points, while Cebuano center June Mar Fajardo added 22 markers as the Beermen tightened their hold of the number one spot with their ninth victory in 10 games.

Jayson Castro finished with 20 points for the Tropang Texters, who dropped to 5-4.

Read Next
Guards down Recoletos Pilipinas to retain RCBL crown