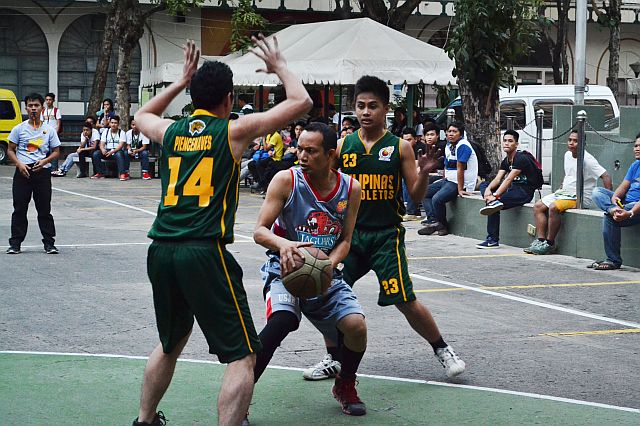 Recoletos Pilipinas, however, made the game close when it threatened at 57-52 in the third quarter.

The Guards ended the third strong behind a 17-5 attack that saw them taking a 74-57 lead, going into the final stanza.

The two teams just exchanged baskets in the fourth as the champions thwarted their opponent’s repeated comeback attempts.

Debauyan praised his team’s solid chemistry that allowed the team to dominate again after winning the league’s inaugural crown.

Meanwhile, the Campus Planners took home the third place trophy after they nipped the Pacubas Cleaners, 105-101.

The Planners were led by Jason Mendez, who fired 34 markers.

Read Next
Donaire outlasts Juarez in possible Fight of Year