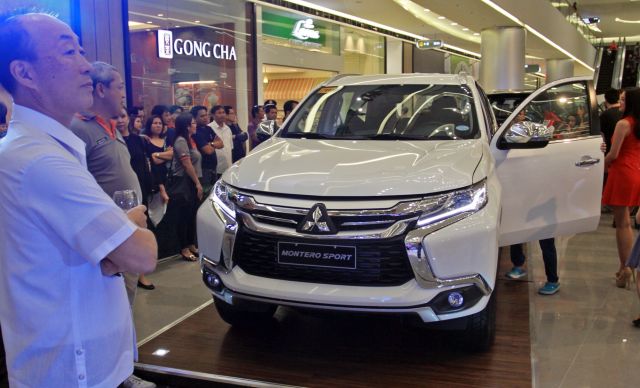 Units of the much-awaited Montero Sport arrived in Cebu as early as December last year but FAPC already started accepting reservations as early as November 9.

According to Rene A. Poro, FAPC assistant vice-president for operations, a lot have been anticipating the arrival of the 2016 Montero Sport. He also believes the SUV will once again be its top-selling model soon.

“We already have about 160 reservations for the all-new Montero Sport,” Poro said.

Poro said FAPC is targeting at least 550 units to be sold in the first three months in Central Visayas, Eastern Visayas, and Northern Mindanao.

Last year, Mitsubishi saw a seven percent growth in sales compared to the previous year, with the Mirage subcompact being the growth driver. This year, they are targeting at least a 15 percent growth with the arrival of the Montero Sport.

During the launch, Mitsubishi showcased all seven colors of the Montero Sport at the Mountain Wing of the new mall.

The new Montero Sport is a complete makeover of the previous generation that was launched in the country in 2008.

Highlighting the exterior is its futuristic face that boasts of the “Dynamic Shield” design and the unique taillights that drip down to the rear bumper.