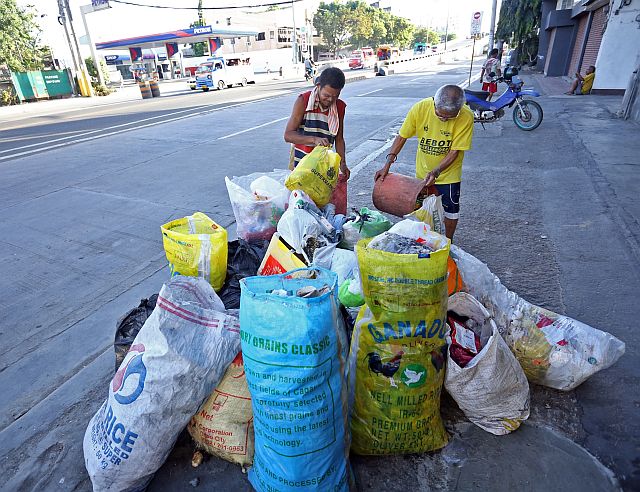 Piles of garbage will no longer be a problem as collection has been centralized for the lowland barangays. (CDN PHOTO/LITO TECSON)

SOME minor issues were faced by City Hall on the first day of centralized garbage collection in lowland barangays in the city yesterday.

The dispatching team of the Department of Public Services (DPS) at the South Road Properties was having difficulty keeping up with the number of garbage trucks that needed trip tickets, dispatching slips and other  documentary requirements before the start of collection at 4 a.m. yesterday.

We were able to resolve it earlier this morning),” said DPS chief Dionisio Gualiza.

Gualiza said they also decided to allow some barangays to change their garbage collection schedule to 6 p.m. instead of 4 a.m.  DPS also drew up a list to prioritize some barangays and installed a public address system in the area to properly relay information to the respective drivers and loaders.

At the Septage Treatment Plant (STP) in the Cebu North Reclamation Area (NRA), dispatch area for those in the north, he said there weren’t any problems.

Mayor Michael  Rama announced last Sunday the centralized collection system in preparation for an international boxing event to be hosted by the city next month.

There are more than 40 lowland barangays in the city. During the implementation yesterday, Gualiza said around 90 percent of the barangays followed the plan and reported to the DPS for centralized dispatching. “I’m expecting (this) afternoon or by tomorrow (today), there will be 100 percent compliance already,” he said.

Gualiza said some nine barangays including Sambag 1, Sambag 2, Mambaling and Zapatera, have yet to start reporting to DPS. They might start today, Gualiza added.

He assured that Barangays Guadalupe, Tejero and Labangon, whose garbage collection was taken over by the city government first, were present and cooperated with the collection system. “I’m just requesting the barangays to cooperate. This is for the good of the city so that our streets will remain clean and won’t have problems with uncollected garbage,” he added.