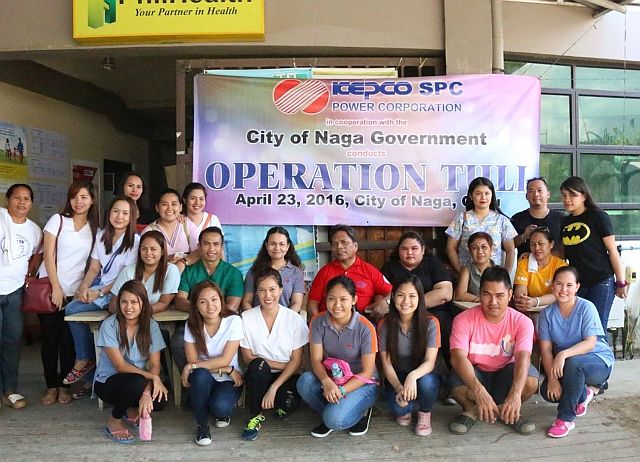 The City of Naga’s Health Office staff pose after their Operation Tuli. (CONTRIBUTOR)

The 122 young boys passed the so-called rite of passage from boyhood to manhood after they availed of free circumcision provided by Kepco every summer.

The young boys from the power plant’s host barangay of Colon and other neighboring barangays also received free pain relievers, antibiotics and other medicines.

The circumcisions were performed by the doctor and medical staff of the the City of Naga’s Health Office last April 23 at the Enan Chiong Activity Center.