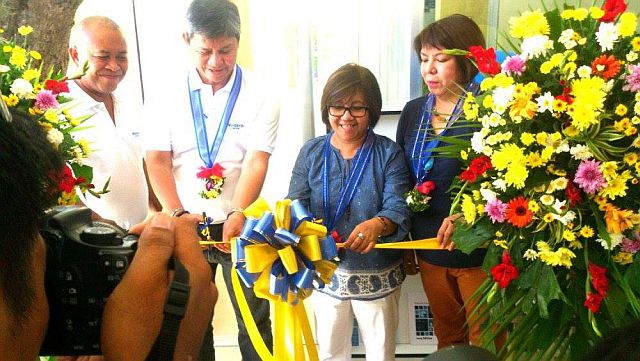 Micro, small and medium enterprises (MSMEs) on Bantayan Island will now have access to government services with the opening last week of a Negosyo Center in the town of Santa Fe.

The center, located in the public market, is manned by two Department of Trade and Industry (DTI) staff and a counterpart from the local government unit.

“Anybody who would be interested in starting or expanding their business will get government assistance from the center. There will be business coaching,” Tecson told reporters.

A Negosyo Center is aimed at promoting ease of doing business and facilitating access to services for MSMEs within its jurisdiction.

The MSMED Council coordinates and supervises the government agencies or offices that establish and manage the Negosyo Centers through public-private partnerships (PPPs) and in collaboration with LGUs.

Among the local government units (LGUs) in Cebu, Bogo City in northern Cebu was the first to respond last year to DTI’s call for partners in the establishment of Negosyo Centers.

Tecson said eight more Negosyo Centers are expected to be opened this year. Other towns and cities in Cebu that will soon open their own Negosyo Centers are San Remigio, Dalaguete, Daanbantayan, Talisay City, Carcar City, Mandaue City, Lapu-Lapu City and Tuburan.

In Central Visayas, Negosyo Centers have been launched at the DTI offices in Tagbilaran City in Bohol, Siquijor town in Siquijor and Cebu City.

In providing registration assistance, a Negosyo Center accepts and facilitates all new registration and renewal applications of MSMEs, including those for barangay micro-business enterprises. The center’s staff also coordinates with the LGUs in the processing of the business applications.

Under advisory services, a Negosyo Center helps MSMEs comply with regulatory requirements in starting a business, establish market linkages and access financial assistance and shared service facilities, among others.

The center also initiates a mentoring program for prospective and current entrepreneurs and investors.

Establishment of Negosyo Centers are based on the Go Negosyo Act that was signed into law by President Benigno Aquino III in July 2014.