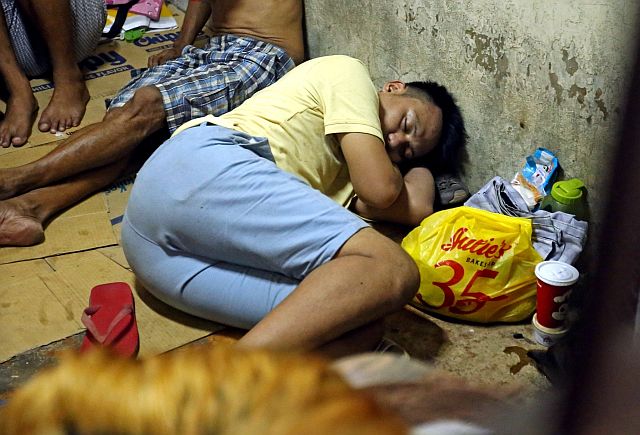 THE driver of the getaway motorcycle used in the ambush of a Baptist Church pastor in Barangay Bonbon, Cebu City voluntarily surrendered to policemen Wednesday evening.

Benjie dela Cerna admitted to his involvement in last Sunday’s murder of Crisostomo Maternal Jr., an evangelist of the Bonbon Mission Church, who actively campaigned against illegal drugs.

Dela Cerna, a habal-habal or motorcycle for hire driver in barangay Sapangdaku, was convinced by relatives to surrender in order to avoid getting shot by policemen who were looking for him.

“Nahadlok gyud ko kay basin dunay mahitabo nako (I really feared for my life),” he said in an interview with GMA 7’s Balitang Bisdak shortly after he was placed inside the detention cell of the Cebu City Police Office.

Dela Cerna surrendered to authorities a day after alleged mastermind Gary Daclan was arrested by Cebu City policemen. The gunman remains at large.

Senior Insp. Elisandro Quijano, chief of the Homicide Section of the Cebu City Police Office, said they already have the assailant’s identity but declined to divulge it to the media as they continue their manhunt.

Murder charges are expected to be filed against Daclan and Dela Cerna at the Cebu City Prosecutors’ Office today.

“Both of them admitted to their participation in the crime. It’s up to the prosecutor to consider them as state witnesses,” he said.

Supt. Michael Bastes, chief of the Cebu City Intelligence Branch, said dela Cerna hid himself after he was hired to drive the getaway motorcycle used in the crime.

Dela Cerna was requested by his father, a barangay tanod, and relatives to surrender.

His brother sought the assistance of radio DYHP which contacted the City Intelligence Branch.

The motorcycle said to be used by Dela Cerna was also recovered by police.

Dela Cerna said he was hired by Daclan to drive the motorcycle used in the ambush of Maternal, who is also a Bando Osmeña-Pundok Kauswagan leader in Bonbon./With a report from UP Cebu Intern Maurice Jitty M. Villaester