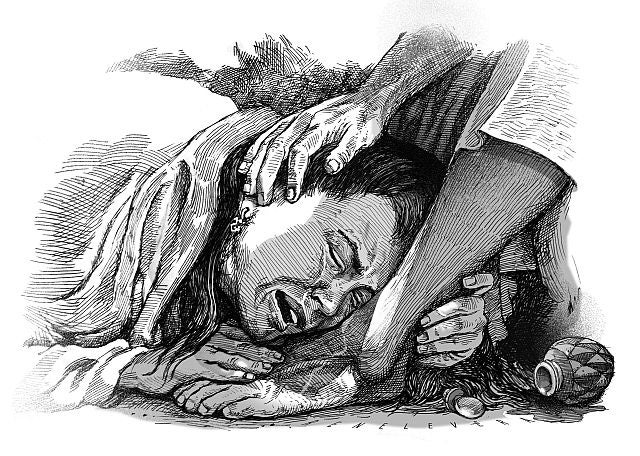 As a teenager, I heard of two sisters who had come to live in our town, and who people said were prostitutes. I grew up in a quiet rural environment, with practically no contact with urban centers. I had never seen a prostitute before, and became curious about the two sisters. Whenever they walked by our house, I would join others who dropped their work and came out to gawk at them, and then knowingly looked at each other. Surely the girls knew this because they would just keep on, eyes down.

In my assessment, except for the fact that they dressed up better and had on heavier make-up than the local girls, the sisters appeared ordinary enough and, at least in public, showed good breeding. I considered it a shame that, despite the fact that they went to the public market for their daily keep, not too many people made their acquaintance and befriended them. Instead, the folk spread stories about how the local lotharios would seek their company at night. And then what I felt would happen, happened. One morning, the town woke up to find the sisters gone.

The father, our neighbor, should have taken his cue from Jesus. In his Gospel, Luke writes that at one time a sinful woman–most probably a prostitute–came to Jesus. A Pharisee had invited him to dinner in his house, and the woman learned of this and came, bringing an alabaster flask of ointment.

Luke narrates that she stood behind Jesus at his feet weeping and began to bathe his feet with her tears. Then, Luke adds, “she wiped them with her hair, kissed them and anointed them with the ointment.”

The Pharisee saw this and said to himself, “If this man were a prophet, he would know who and what sort of woman this is who is touching him, that she is a sinner.”

‘This prompted Jesus to lecture the Pharisee, Simon, on the nature of forgiveness, how the woman had shown great love, and so gained forgiveness of her many sins. She accorded to Jesus the hospitality that Simon, the host, had failed to bestow — “When I entered your house, you did not give me water for my feet, but she has bathed them with her tears and wiped them with her hair. You did not give me a kiss, but she has not ceased kissing my feet since the time I entered. You did not anoint my head with oil, but she anointed my feet with ointment.” Jesus added, “Her many sins have been forgiven; hence, she has shown great love.”

The only time I dealt with prostitutes was when I was on the bench hearing human trafficking cases involving female commercial sex workers, a number of them minors.

They were hesitant to testify because of the embarrassment they would suffer, and in fact many of them asked me, and of course I refused, to discharge their handlers, who had given them income, even though they had kept the lion’s share of their earnings for themselves.

As I looked at them, the prophet Hosea came to mind. God commanded him to marry the prostitute Gomer, who personified the unfaithful people of Israel. Even though Gomer left him to sleep with another man, Hosea still loved and forgave her. Which God does to every sinner, whom He urges to return: “I will lead her into the desert and speak to her heart.”