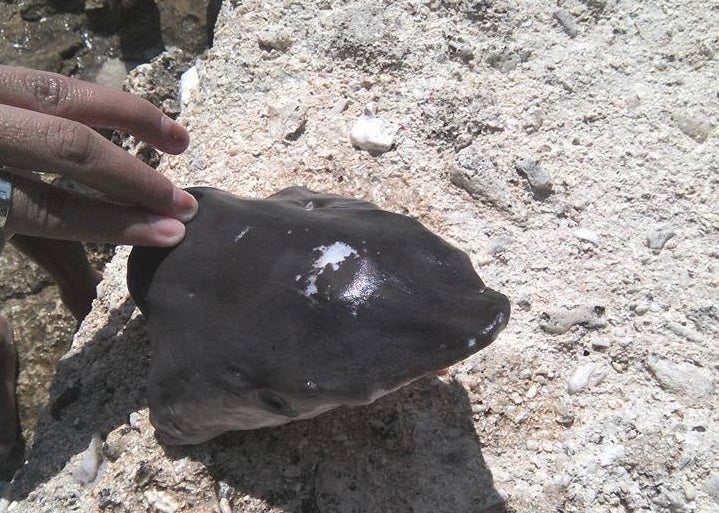 The head of a thresher shark was found floating in the seawaters of Moalboal town, a favorite dive spot in Cebu for its rich marine resources. (CONTRIBUTED PHOTO/MALYN MAYORGA)

CEBU province and the Moalboal municipal government should take the lead in investigating and stopping the killing of thresher sharks, an official of the Bureau of Fisheries and Aquatic Resources (BFAR-7) said yesterday.

“The Cebu province and Moalboal being in the forefront as far as municipal water and fisherfolk are concerned, they must assume the responsibility of conducting the investigation,” Regional BFAR Director Andres Bojos said.

He said there is a Provincial Fisheries and Aquatic Resources Ordinance in Cebu that bans the killing, harvest or sale of all species of sharks and the indiscriminate removal of seaweed.

The ordinance was authored by the late Provincial Board member Thadeo Ouano. Errant boat captains will be charged P5,000 for the first offense.

A P500 fine will be paid by each fisherman or worker that also took part in the offense.

For every kilo of shark caught or sold, a violator will be fined P1,000.

“If both LGU and the Cebu provincial government need the assistance of BFAR-7, then we will assist,” he said.

Cebu Daily News called Moalboal Mayor Inocentes Cabaron who said he still has to get details of the incident.