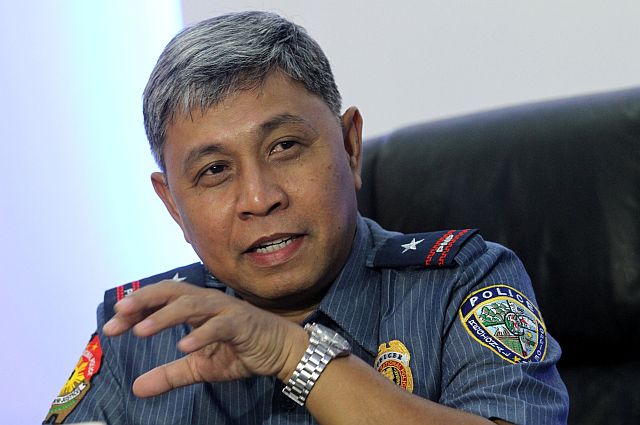 THE former assistant director of the National Bureau of Investigation in Central Visayas (NBI-7) might just be reading too much books about conspiracy theories to throw accusations that police officers killed the top one drug personality in the region to silence him.

This was the remark of Chief Supt. Patrocinio Comendador, regional director of the Police Regional Office (PRO-7), after reading the reaction of lawyer Augusto Isidoro, who claimed that the death of Jeffrey “Jaguar” Diaz was to prevent him from naming his protectors in government.

“I suggest that NBI Isidoro should get some sleep. He has read too much books on conspiracy theory. (But) assuming that what he said is true, why did he not arrest Jaguar and the protectors when he was still in the region?” he said in a comment he left on the Facebook page of Cebu Daily News.

He said Isidoro’s “unfounded” allegations discredited the efforts and sacrifices of the police operatives of the Regional Intelligence Division in Central Visayas (RID-7) to apprehend Diaz, who had been considered “untouchable” because of his connections to the police organization, politicians and even government offices.

“As the top anti-narcotics officer of the NBI, why was he (Isidoro) not able to apprehend Jaguar during his term? He must have known that arresting a drug lord is not just simple. Even until now, cases against Jaguar have not moved an inch,” Comendador wrote, seemingly challenging Isidoro, who now heads NBI Central Mindanao.

Comendador, in a phone interview, pointed out that it was only in April when he assumed his post but in two months, he was able to get Jaguar. “I don’t do talk. My focus is only to get that guy and the rest,” he said.

“As I assumed post as the regional director two months ago, Jaguar was my first agenda because I know that now I have already the power and control and the resources of course to possibly put a stop to his widespread drug trade,” said Comendador, a Cebuano.

Sacrifices were made, the lives of police officers were risked and yet accusations that the death of Jaguar was all part of a conspiracy was unfair, he said.

“For someone who did not know the details of the operation, it is unfair to make unfounded allegations. It is unfair to the police officers who were risking their lives, who had to travel from one place to another to apprehend him,” he added.

Comendador said he had just assumed his post as Cebu City police chief in 2007 when Jaguar was acquitted of a drug offense.

Three years later, Comendador was transferred to lead the Cebu Provincial Police Office (CPPO), during which time Jaguar was believed to have started his large scale drug trade in Cebu City, especially in Barangay Duljo-Fatima where he lived.

“I could not do anything that time, he was not in my jurisdiction not until last Friday when he was traced alongside with the subject of the operation, Alvaro Alvaro in Las Piñas,” said Comendador.

Diaz was gunned down along with his bodyguard when they drew their firearm against police operatives led by Supt. Rex Derilo.

Comendador believed that Jaguar’s declaration that he wanted to surrender to President-elect Rodrigo Duterte and name his protectors was only a move to gain sympathy because, he said, he had solid information that Jaguar had no plan to surrender.

He told CDN that at that time when Jaguar granted an interview to two radio broadcasters, the police were so close to finding his whereabouts and that might be just one of his ways to get the people to side with him.

“His involvement against illegal drugs did not stop. I did not believed that he will surrender,” said Comendador.

With just two months in office, Comendador was able to get high-valued targets, including Rowen “Yawa” Secretaria, who ranked third in the top ten drug personalities in Central Visayas, who was gunned down at his hideout on Banacon Island, Getafe, Bohol on May 28.

Comendador assured that despite criticisms, the police would continue to intensify its crackdown on drug personalities operating in the region.

Meanwhile, the remains of Jaguar has been claimed by his relatives in Las Piñas City, who transferred residence there from Barangay Duljo-Fatima in Cebu City. It was not known if Jaguar’s relatives would bring his remains to Cebu.