Dino wants to serve ‘without fanfare’ 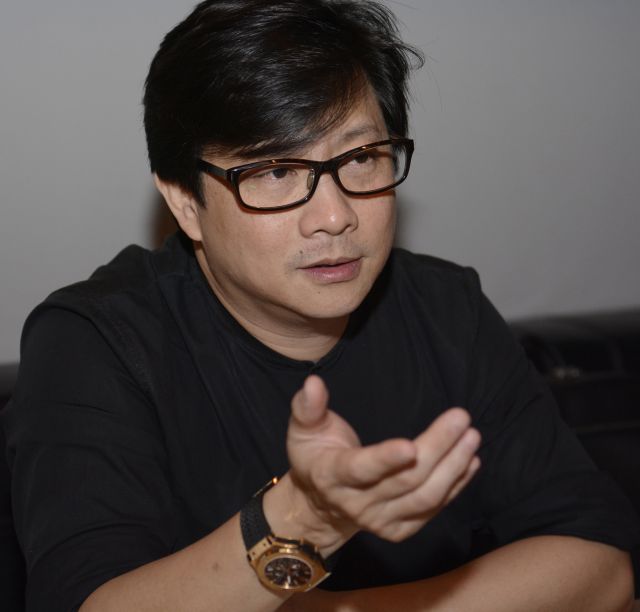 Presidential assistant for the Visayas Michael Dino says he will
prioritize mass transport, traffic and medical services to the poor. (CDN PHOTO/CHRISTIAN MANINGO)

In assuming the post of presidential assistant for the Visayas, businessman Michael Dino said he wants to help his fellow Filipinos in the Visayas without any fanfare.

The 47-year-old Dino, one of the founders of the Bisaya Napud movement that helped in the social media campaign of President-elect Rodrigo Duterte, said he was “surprised” by his May 16 appointment to the post in Davao City.

He shared his high school yearbook photo with Cebu Daily News which described him as someone who “does whatever it is he has to do patiently and quietly.”

But Dino didn’t expect to enter public service this early.

Dino said President-elect Duterte only wants to make sure that there’s a Visayan voice in Malacañang.

Dino’s idea of public service was helping the community, in this case Barangay Labogon in Mandaue City and Barangay Apas in Cebu City.

They also donated P2 million to a non-government organization to fund the construction of houses in Cebu and Bohol which were also hit by an earthquake.

“I don’t want to be PAV (presidential assistant for the Visayas) for picture taking. I want to be effective,” Dino said.

He said his office will serve as a bridge to lobby for projects in Cebu and the Visayas.

“We’ll use our influence to help,” he said.

Since they have no funding, Dino said he wants to reopen Malacañang sa Sugbo in Cebu City and make it his office.

Dino said he wants Malacañang sa Sugbo to become a museum where it will be open to the public for viewing.

Among the projects he wants to push for Cebu include mass transport, alternative water sources and health services for the poor.

Dino said he divested some of his stakes in his food and real estate businesses.

He graduated at De La Salle University in Manila with a Business Management degree.

Asked if he will still have time to spend with his family, Dino said he will make sure that he will make time because he considers his family as the source of his balance in life.

Dino is married to Kristine Uytengsu and they are blessed with six boys, the eldest being 25 years old and the youngest is 15 years old.