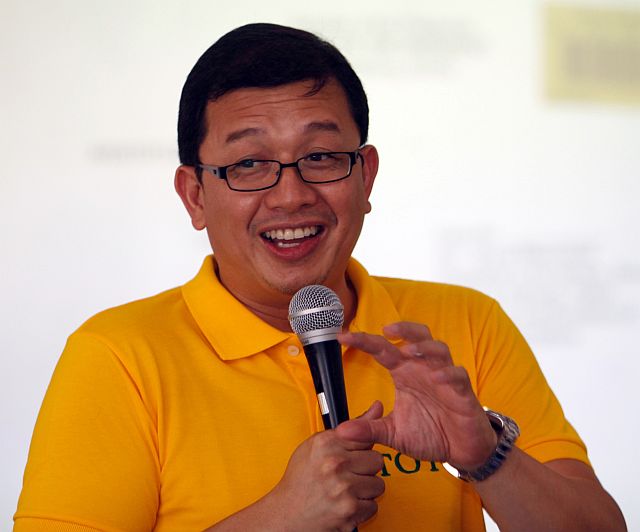 Officials of Barangay Pasil, Cebu City are against plans to build the starting point of the Cebu-Cordova bridge at the mouth of the Guadalupe River.
In a barangay resolution, the officials said the bridge’s starting point in the Cebu City side should be located elsewhere.

“The proposed project will displace mostly (sic) of our residents along the Guadalupe River. We believe that the project creates a hazard to our community,” read the resolution signed by all barangay councilmen and Barangay Chairman Julius Guioguio.

Guioguio said they were informed of the plans by the project proponent Metro Pacific Tollways Development Corp. (MPTDC) in a public hearing earlier this year.

He said they found out about the plan for a 7.5-meter easement on both sides of the river which will displace several residents living there.
“Aside ana, saba sad kaayo. Madisturbo ang tulog sa mga residente (It will also be very noisy. Our residents’ sleep will be disturbed),” Guioguio said.

He said even now, residents have complained about the noise of cars going to and from the South Road Properties.

Four sitios will be affected by the bridge project, he said.

These are Lawis, Lawis Riverside, Concepcion Riverside and Tikaban Riverside.

Guioguio said the officials of MPTDC recorded their concerns during the public hearing.

In a separate interview, MPTDC legal consultant Aristotle Batuhan said they are open to discussions and changes in the plans for the project.
Batuhan said there will be two main access points to the bridge on the Cebu City side.

The first will be the SRP Access, and the second will be along Guadalupe River.

He confirmed that there will be residents who will be displaced along the Guadalupe River access but said there will be none in the SRP Access.

“We will also ensure that as far as Guadalupe River is concerned, the city can crease that in, meaning the project can stand along with the SRP Access in the meantime,” Batuhan told reporters.

He said it will be up to the Cebu City government and Cordova town, which already signed a joint venture agreement for the project, to come out with the final decision.

Batuhan said they are now waiting for the two local government units to nominate their representatives to the technical working group of MPTDC so they could work on the details of the project and address their concerns.

Batuhan cited as an example their decision to curve the alignment in order to avoid disturbing the mangroves in Cordova town. He said the project is still on schedule despite the change in mayors in both Cebu City and Cordova town.

He said the MPTDC has been working on its documentary requirements from the Toll Regulatory Board (TRB), Philippine Reclamation Authority (PRA) and the Department of Environment and Natural Resources (DENR).

The group targets to start construction by the third quarter of 2017 and for bidding on the contractor for the project on the first or second quarter of next year.