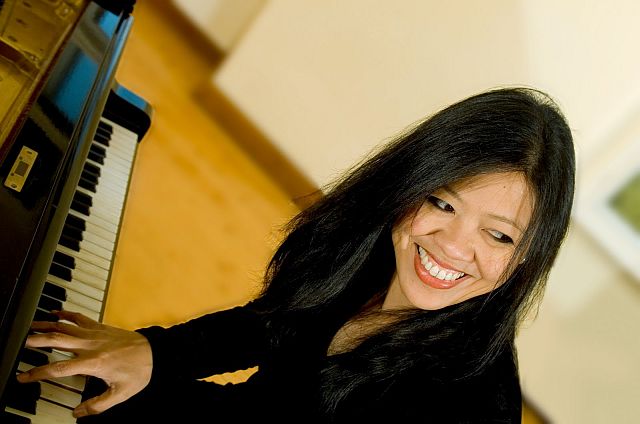 THE photo on this page today is of accomplished Cebuana pianist Aima Maria Labra Makk. She is so good, critics in Europe have avowed she is better than her compatriot Cecile Licad.

Be that as it may, Aima is performing in Cebu tomorrow, July 22, at 8 p.m., at the Centerstage of SM Seaside City Cebu, in a homecoming concert that promises to be brilliant.

Aima was born in Cebu and studied at St. Theresa’s College (STC). She studied piano under the tutelage of her mother Aida Briones Labra.

She continued her studies at the Philippine College of Music where she earned her Bachelor’s degree in Music under Perla Suaco.

In 1985, she won first prize during the National Competition for Young Artists (NAMCYA), Piano category C. The judges were so highly impressed with her playing that they decided not to award a second prize.

Aima proceeded to Austria in 1986 to study under Professor Eugen Kakab at the University of Music and Dramatic Arts in Graz. She was the
recipient of numerous awards.

To name a few: the Bosendorfer Scholarship, the Martha Develli Stipend, and the Alban Berg Foundation.

In 1990 she earned her “Concert Diplomate” with highest honors (unanimous board decision) from the University of Music in Graz.

She later received a recognition award from the Ministry of Education of the Austrian Government.

It will be on up to August 10. Part of the proceeds will go to the Little Bamboo Foundation.

Them at Qube, Zonta 2 installs officers