Borne out of sentimentality 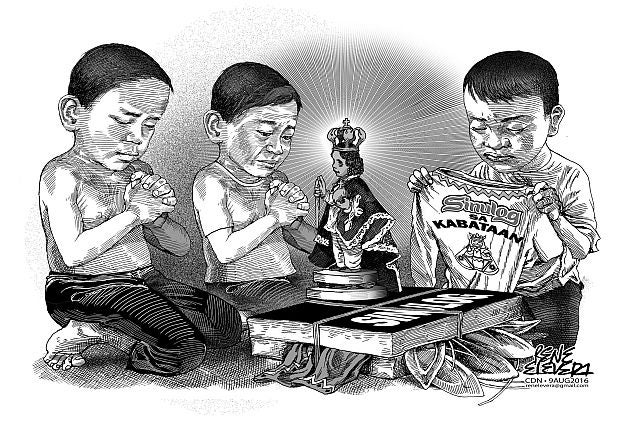 What to make of Cebu City Mayor Tomas Osmeña’s decision to eliminate the Sinulog sa Kabataan, and by extension, reduce the number of contingents in order to move up and end the Sinulog grand parade celebration early at 4:30 p.m.?

It’s not just practical, it’s high time that the Cebu City government cuts back on the annual observance if only to give city residents, visitors and especially the school children some time to rest from the excess revelry associated with what is supposed to be a religious event in the first place.

Osmeña isn’t exactly toning down the Sinulog celebration to something akin to the Holy Week, another important, yet universally solemn Catholic event — and even then Filipinos spend the Lenten season on vacation drinking it up in beach hotspots like Boracay — he’s just cutting back on both the expense, the effort and the valuable time spent by schoolchildren preparing for two days of dancing under the heat of the sun or on the rain-soaked grounds of the Cebu City Sports Center grandstand.

Not a few critics are up in arms loudly protesting Osmeña’s decision to scrap the Sinulog sa Kabataan, calling it miserly and downright objectionable. Cebu City Councilor Joel Garganera said the city government should not “deprive our schoolchildren this kind of experience that makes us different. It’s not just about the competition. It is all about the Cebuano culture.”

But the arguments posed by the mayor are quite reasonable and bluntly speaking, the only valid argument against the mayor’s position comes from the tourism players who fear that this may turn off the visitors who expect a grander, longer Sinulog celebration.

But wouldn’t the visitors also find it a relief not to have to pass through the congested Fuente Osmeña rotunda on both the eve of Sinulog and the Sinulog day celebration itself?
This year’s celebration in which several kids were injured in a stampede and incidents of fisticuffs were recorded, including one that involved the grandson of Talisay City Mayor Eduardo Gullas at one of the bars in Mango Avenue, showed to all just how the Sinulog celebration has spiraled out of control.

If people want to see fireworks at the end of the Sinulog Grand Parade, perhaps the Sinulog Foundation can ask the private sector to sponsor it, rather than the city having to spend for it if they haven’t done so already.

The reasons given by those supporting the retention of the Sinulog sa Kabataan are borne more out of sentimentality than anything else.

Besides there are other ways for the elders to teach their children on how to express their love to God and the Sto. Niño like prayers and not having to plod through the road and dance barefoot and under the heat of the sun or the cold-soaking rain.

Not pushing through with the Sinulog sa Kabataan doesn’t mean that schoolchildren love God and the Sto. Niño less.

Read Next
Rama’s right to due process