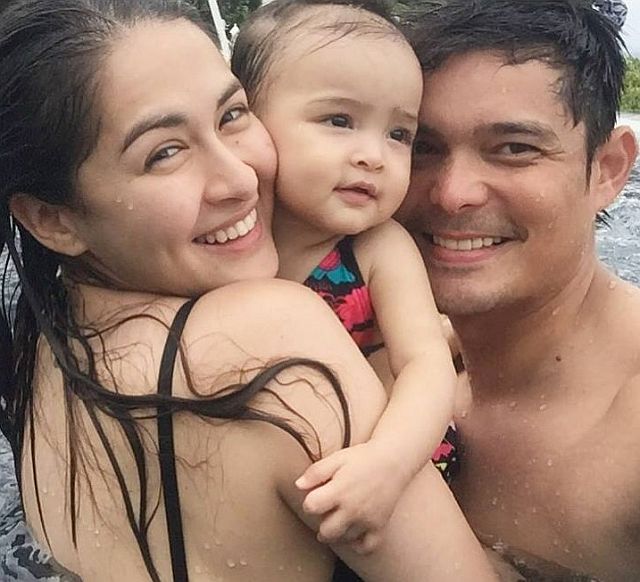 Marian Rivera and Dingdong Dantes with their daughter Zia.

IT WAS a summer kind of birthday celebration for Kapuso Primetime Queen Marian Rivera as she spent her special day by the beach with husband Dingdong Dantes and daughter Zia at Balesin Island Resort in Quezon province.

The Kapuso actress flew in to the exclusive island resort in Quezon with her family to celebrate her 32nd birthday last Friday.

Her husband Dingdong was among the first to greet her a happy birthday. He uploaded a photo of Marian and baby Zia, smiling happily, enjoying the waves of the exclusive resort.

“I just love how you age gracefully, baby. We are so lucky to have you in our lives. Happy happy birthday @therealmarian!” he wrote on his Instagram post.

This was followed by a video of Marian dancing to Justin Bieber’s “Love Yourself,” with Baby Zia bobbing her head to the beat of the song while eating her snack.

Dingdong’s siblings Aya, Trina and Vicki, and their mother Angeline Dantes are also in Balesin.

Marian also shared a photo of her and Dingdong enjoying the sun and sand.

The Kapuso star wrote on Instagram: ‘With Mi Amor.’

In 2014, Dingdong brought Marian and other members of the family to Balesin, where they celebrated Valentine’s Day.