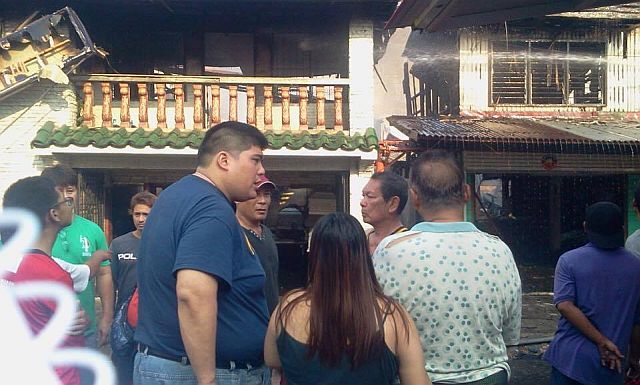 The three persons that died after being trapped inside a burning house in barangay Ibabao-Estancia were identified by police.

Aida Ouano, a 40-year-old teacher and sister of Ma. Lyn and Nestor managed to leave the house but sustained third degree burns in the arms, face and legs. She remains confined at the intensive care unit of the Chong Hua Hospital in Mandaue City.

The remains of Nestor was found at the toilet of the second floor while Ma. Lyn and May Crislyn were at the sala.

Former Ibabao-Estancia barangay chairman Alfredo Ouano also lives in the house with his cousins Nestor and Ma. Lyn but was able to get out of the house.

The Mandaue City Fire Station’s report said five two-storey houses that were destroyed by fire were owned by the Ouanos, while two houses were owned by the Eduardo Teves family, Alicia Biagan and Christopher Biagan.

The cause of the fire is still under investigation.

Read Next
One killed, three nabbed in Lapu drug bust