PRO and AFP on possible coup against admin 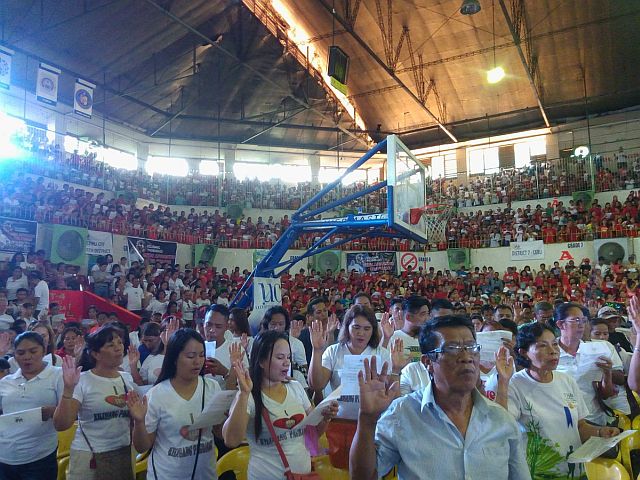 POLICE and military officials affirmed their strong support for President Rodrigo Duterte even while Cabinet Secretary Leoncio “Jun” Evasco Jr. earlier said that he saw a possible staging of a coup against the President by groups dissatisfied with his policies and pronouncements.

Sought for comment, Police Regional Office (PRO) 7 director Chief Supt. Noli Taliño said that he saw no reason for the police to turn their back on Duterte and throw him out of power.

“We support the leadership of the President as much as he is supportive of the efforts of the police. Malaki talaga ang binibigay niyang suporta sa amin (He really has given us very big support),” said Taliño.

The police director said that they will continue to implement Duterte’s aggressive campaign to eradicate illegal drugs, criminality and corruption.

“And I don’t believe they can rally members to support it (destabilization),” Taliño added in a text message to Cebu Daily News.

Evasco was in Cebu, Saturday, to attend the province-wide launching of Kilusang Pagbabago, a nationwide initiative in response to President Duterte’s call for participatory governance by consolidating all his forces into an organized mass movement.

Evasco said the KP is a reflection of the people’s support for Duterte and his popularity among them.

KP’s role, Evasco said, is to defend the republic in times of calamity and disaster, as well as defend and protect the gains of the administration in times of destabilization.

For his part, Taliño said that they have not monitored any groups, so far, that might have plans to destabilize the administration.

A Philippine News Agency (PNA) report also quoted Armed Forces of the Philippines (AFP) chief Col. Edgard Arevalo as saying that the military has neither monitored any group or personalities plotting a destabilization move against Duterte.

Arevalo assured that the AFP will not be a group to initiate such a move as the present-day members of the military have become “more professional and development-oriented.”

“We have learned from our past experiences and we do not want another adventurism or destabilization efforts at the expense of our economy and our nation as a whole,” said Arevalo.