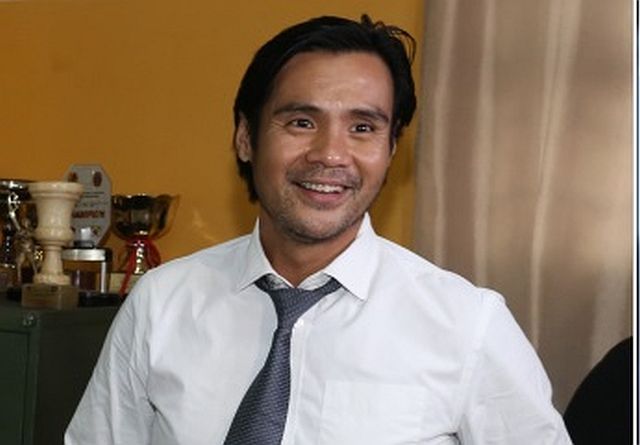 A Cebuano lawyer handling high profile cases was linked to the illegal drug operation of Roland “Kerwin” Espinosa along with several other known personalities in Leyte, including three journalists, in an anti-drug complaint lodged yesterday before the Department of of Justice in Eastern Visayas (DOJ-8) by the Albuera, Leyte police.

The complaint, filed at the Regional State Prosecutor’s Office located at the Bulwagan ng Katarungan building in Tacloban City by Chief Insp. Jovie Espenido, Albuera’s police chief, named lawyer Jonnah John Ungab, the incumbent vice mayor of Ronda town in Cebu, as an alleged drug protector of Espinosa, who was tagged as the number one drug lord in Eastern Visayas.

Espenido, in a separate move, also filed yesterday before the Office of the Ombudsman drug trafficking charges against Sen. Leila de Lima and a village councilman, Nelson Pepito, of Barangay Binolho of Albuera town for allegedly receiving drug payoffs from Espinosa.

Ungab yesterday said he could not comment on the nature of the case pending receipt of a copy of the complaint.

“No comment sa ko. . . . I have to read the complaint first,” he told Cebu Daily News in a message on Facebook.

Among the evidences used to support the charges against Ungab were the returned checks which showed that the lawyer received “big amounts money”
from Kerwin, said Espenido.

But Ungab stressed that while it was true that he knew Espinosa, “my association with Mr. Kerwin Espinosa is purely professional.”

Kerwin, who remains at large, is the son of Albuera Mayor Rolando Espinosa. Both father and son have pending drug-related cases before the Prosecutor’s Office in Leyte lodged by Espenido.

The older Espinosa was arrested on Oct. 5 for alleged possession of 11.4 kilograms of illegal drugs and firearms that were recovered in his home in Albuera.

Ungab, who is also the legal counsel of confessed and now jailed Cebuano drug lord Alvaro “Barok” Alvaro, said he was the lawyer of Kerwin Espinosa in 2009 or 2010 in a drug case that was later dismissed by the Court of Appeals (CA). Kerwin, at that time, was detained at the New Bilibid Prison in Muntinlupa City.

Ungab also admitted via Facebook messenger that he also handled Espinosa’s drug case in Cebu City in 2014, which was likewise dismissed; and the latter’s annulment case with Annalou Llaguno, who was gunned down in Cebu City on Oct. 1. Ungab’s statement was the first time it was confirmed that Llaguno was Kerwin’s ex-wife.

Ungab likewise admitted that he was part of the legal panel of the older Espinosa when the latter ran and won as mayor of Albuera in the elections last May.

He said that being a legal counsel for the Espinosas did not make him a drug protector.

Ungab also represents for Barok since after the latter surrendered to the National Bureau of Investigation (NBI) in Bohol last June 21. Barok is now held at the Cebu Provincial Detention and Rehabilitation Center (CPDRC), the provincial jail located in Barangay Kalunasan, Cebu City.

Two of the Leyte journalists reached by CDN also belied the allegation linking them to Espinosa’s drug trade.

Jimenea, who is currently out of the country, told CDN in a Facebook message that she would respond as soon as she gets hold of a copy of the complaint.

The Ormoc-based Pilapil, on the other hand, vehemently denied that he was a protector of Kerwin, although he admitted receiving money from the Espinosa family as payment for handling block time radio programs months before and after the elections last May.

Pilapil, 27, said he protected his good name since he started in radio in 2010 as a reporter of Power FM in Ormoc City, while also reporting for Power FM’s sister station in Cebu City – dyRF, until he left the station last February and returned last September; and as a stringer for CNN Philippines and a correspondent for Sun.Star Superbalita in Cebu City.

Pilapil said he first learned that a case was lodged against him before the DOJ from the management of CNN Philippines, which immediately suspended him as its stringer. Last night, he was also suspended by Power FM.

Pilapil said his family, particularly his mother, was devastated by the allegation.

Pilapil said he was actually told a few days ago by Espenido that he was named by Mayor Espinosa as among Kerwin’s alleged protectors, but he did not expect that he would be included in the case filed by the police officer before the DOJ.

Pilapil said he told Espenido that the money he got from the Espinosas was for their sponsorship of a radio program he handled at Power FM and later for another local station. The Espinosas paid P35,000 a month for the program, from which Pilapil said he received P2,500 as monthly allowance.

After the older Espinosa won as Albuera mayor in May, Pilapil continued working for the Espinosa-sponsored radio program for a monthly salary of P15,000. But the radio program only lasted until July. Pilapil said he was rehired last September by Power FM.

In fact, he never saw Kerwin at all during the days he was handling the program for the Espinosa family. The last time he saw Kerwin was in 2014 when he was arrested in Tacloban City, Pilapil said.

The inclusion of Espina and Codilla to the charges came after police recovered during investigation three returned checks, which were surrendered by the accountant of Kerwin to the police. Two checks, bearing the name of Espina, were in the amounts of P7 million and P5 million; while the check for Codilla was for P2 million.

There were several testimonies, and among those was the affidavit of Mayor Espinosa that alleged that Espina was one of the gun suppliers of his son Kerwin for their protection.

Espenido also claimed that Espina was the bag man of a police general in active service who was formerly assigned in the region.

According to Espenido, this police general will be charged next week at the Internal Affairs Service Office of the PNP in Camp Crame.

Retired warden Joseph Nuñez, on the other hand, was the warden of Ormoc City Jail when Kerwin was jailed there, during which time illegal drugs proliferated in the jail.