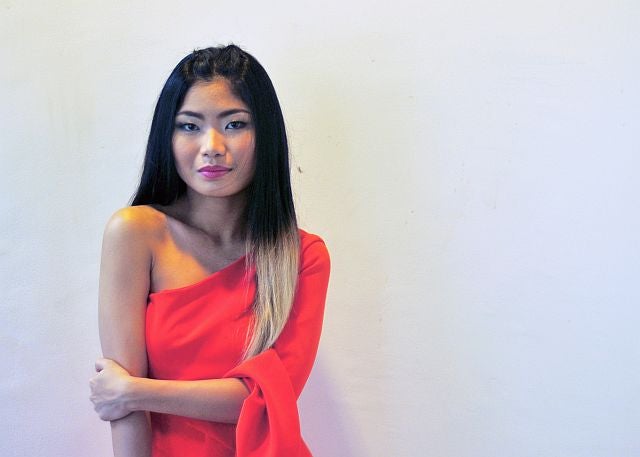 WHAT the radio does not reveal to the public is the truth about Jacky Chang’s love story secretly rolled into a record hit. To her, however, once the music is out, it can be owned by anyone whose feelings are expressed through the song.

“I always get my heart broken gyud, either atikon, ma-friendzoned, or paasahon. It occurs to everyone man gyud. Swerte ra kaayo ang dili maka experience ana,” she tells us and how her song “Pero Atik Ra” mirrors our romantic ride. “I live—and will always live—for love.”

It ruled the airwaves for some time, enough to crown her as our breakthrough pop princess. This November, a new song is poised to move us once more, packaged with a music video and a series of poetic tragedies.

Whatever taboo some say about beginning at the end of the year is forsaken outright. She’s a natural thrill
magnet. 2016 has been very kind, yes, but as it approaches its close, the singer is in a good mood to push her listeners not wistfully backward but forward into an amazing new year.

Surprisingly, at 20, it’s not her voice that makes her a good power belter—and her ability to hit whistle tone range, a note higher than the falsetto register. The heart is still the strongest instrument. Scholars under her mentorship at Brown Academy of Music know this too well—for even the most tone deaf of performers is cured with passion.

As the only daughter born to a Korean father and Filipino mother, Jacky is the sole heir to the family’s music treasures. No matter how seasoned she is now, she still adheres to an archaic discipline before appearing to the crowd.

But the devil’s advocate in us wants to rock the boat just a little bit harder for her: Is this really her calling? 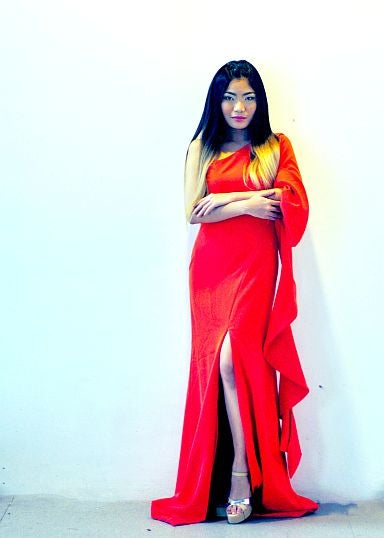 If you were not a singer, what would be your job now?
I wanted to do so many things when I was young. Actually, until now. If dili ko singer, I’d have my own boutique ug dili lang kana, studio pud. Duha ra na sa daghan nakong ganahan buhaton. Pero ang pinaka sa tanan, if I were not a singer, I’d be a pediatrician. I think kaya ra man pud bisag mag-singer gihapon ko. That’s what I’m actually preparing for karon. Soon, if itugot sa Ginoo, makuha ra unya ni nako.

“Pero Atik Ra” is a song that reflects a frustrating love affair. Did it occur to you before?

Of course. I always get my heart broken gyud, either atikon, ma-friendzoned, or paasahon. Too bad. It occurs to everyone man gyud. Swerte ra kaayo ang dili maka-experience ana. We all have that one person na atung balik-balikan bisag unsa pa kalisud. Sometimes, bisag pila pa ka tuig ang mulabay, they’ll have the same impact nato. We just have to accept things and keep in mind that everything happens for a
reason. Let it be. But I guess stronger ko kay in my case, my father was my very first heartbreak. I think I’m able to interpret sad songs well, because isa na sa akong mga gipanghugutan aside sa uban pang mga experiences.

What is love to you?

Love is selfless. I mean… I love peoplebecause I love them, and not because I’m expecting something in return. I can love you even if you don’t feel the same way or love me back. And I will love you not only because you are lovable, but because I see the good in you even if you show me your awful side. I believe it’s my purpose sukad pagkabata nako. I live—and will always live—for love. It’s what the world needs most right now. More love, please.

How does one become an effective song interpreter?
Just like actors, we must have tons of experiences to become an effective storyteller. You can’t share something na wala pa nimo na-experience. When you sing, you are not there just toimpress. You must bring the song to life and give people feelings na di nila ma-expect na ma-feel nila. So, heart plus experience. That’s what truly matters to me whenever I perform—ang “heart” gyud.

How did you become a singer?
I’m from a family of musicians. My grandpa’s an arranger-composer, and my grandma’s a singer and a dancer as well. My aunts, tito, and mom are all musicians until naabot sa mga anak. I grew up
listening to their music and the type of music they play. Until such time, na ako na mismo nag-start ug find and listen sa akong musical influences. I started singing at school pag elementary, like most singers pud.

What do you think are the challenges of our local music artists?
Sa walay pagduha-duha, ang talent fee intawn sa mga music artists. I mean, practically speaking. We all have bills to pay, and we’re not getting any younger. Yes, we chose this field because we love music, but it’s still work-business. It’s like pareha sa mga doctors ba, nganong nipili sila ana na job? Because that’s what they want to do for life but makakuha sila ug sakto na pay. I just hope people would stop looking down on musicians and say, “Ay, musikero ra man na sya.” Di baya lalim pud. If only makakita sila sa tanan effort ug kalisod na maagian behind the stage or before the show, magdugo siguro ang utok. Dili gyud lalim but we’re happy sa among work. 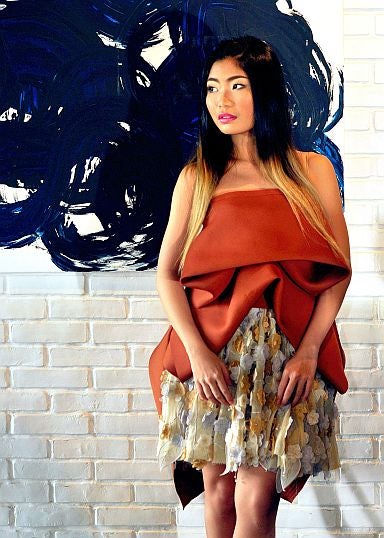 Say, if we’re born tone deaf, can we still be singers?

Actually, depende gyud na sa determination sa tao. And it takes a lot of patience pud and hard work. I’ve had students na tone deaf. I’ve seen them follow my instructions, and I’ve seen how they did their best to improve. After 12 sessions, I can’t say na they are very maayo na nga singers, but they sure can match the notes I play better. Makakanta na pud sila sa tono. They got better gyud. But what matters most to me is how they gained confidence and became more passionate at what they are doing. We start improving when we step out of our comfort zone and when we realize how much we love what we do. I will always be proud of my students. God, I sound and feel like a mom.

How do you cure tone deafness?
Matching pitch. And we have this thing called, “finding your ‘DO.” Once in a while I let them sing and let them critic themselves. Or I sing and let them determine whether I’m singing the right notes or not. There are a lot of exercises to sharpen one’s ears. You just have to be diligent in following the exercises.

What’s your advice to your students?
Water and sleep is your best friend. Don’t judge yourself—I learned this from one of my mentors, Direk Edison “Jingle” Saynes. Always be compassionate. If you really want to be a better singer, it takes a lifetime commitment to practice and learn everyday because performers never stop learning. Above all, what really matters most is your “heart.” Do what makes you happy; you’ve got to put your heart in every
performance and in everything you do. Treat every performance as if it will be your last.

How do you take care of your voice?
Discipline lang gyud. I never eat anything too sweet, spicy, salty or sour, especially when I have an upcoming performance, or after performing. No dairy products pud diay. Do not smoke, or stay away from people that do or places where they are. Do not drink cold beverages or soft drink. No liquor pud. Hydrate gyud all the time, and Vitamin C.

How do you prepare for a performance?
I do not talk much. I always make sure I have one day vocal rest before the performance. But since I’m working, it’s impossible to have vocal rest. I just make sure I get eight to nine hours of sleep before a performance. I also avoid mga type sa food ug drinks na bawal and maka-affect sa voice. I drink lots of water and Vitamin C pud, jogging and pasingot. Of course, dili gyud ni mawagtang sa tanan activities nako—prayer.