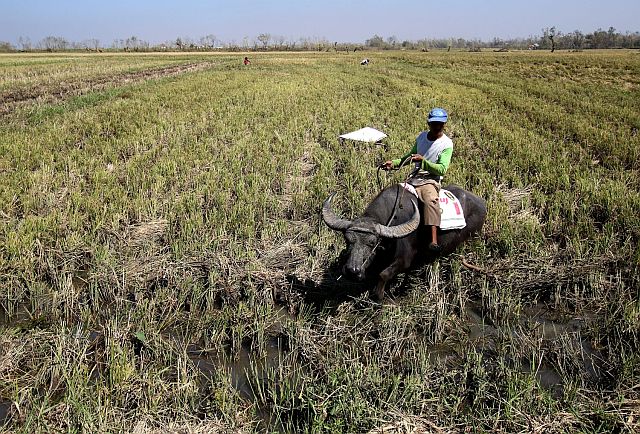 Farmer Boyet Romero look for crops that he can still salvage from his farm after supertyphoon Lawin hit Solana, Cagayan province.
(Inquirer.net)

Disaster authorities on Saturday put the damage caused by supertyphoon “Lawin” in four affected regions at over P657 million — P581.9 million for infrastructure and P75.8 million for agriculture.

The estimate was based on aerial assessments and could increase as more information from authorities on the ground come in.

The National Disaster Risk Reduction and Management Council (NDRRMC) also said a total of 29,533 families or 116,826 persons were accommodated in 1,095 evacuation centers in Ilocos Region, Cagayan Valley, Central Luzon and the Cordillera Administrative Region (CAR). These included evacuees from communities near river systems, particularly in Bataan and Pampanga.

Clearing operations in road sections and bridges were ongoing as well as restoration of power supply and communication lines, reports added.

Power interruptions were still being experienced in 160 cities and municipalities in the four affected regions.

Cellular lines have been restored, except for Internet and landline services in most areas in Ilocos Norte, while intermittent signals were experienced in Cagayan, Isabela and Ilocos Sur.