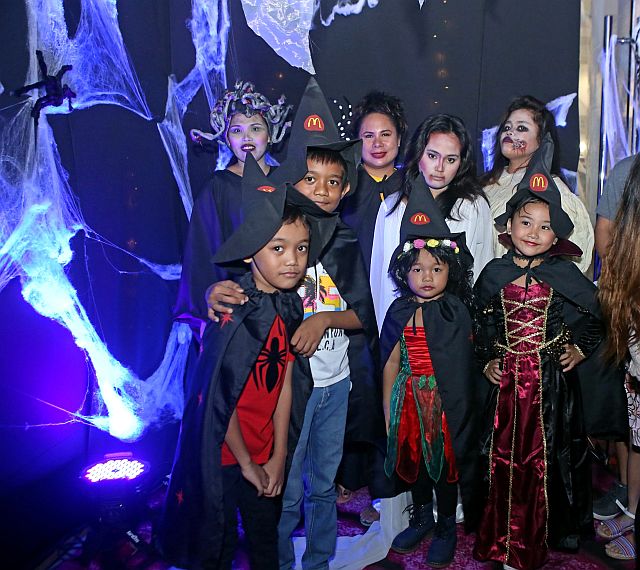 Children participate in the games during the McDonald’s Halloween treat at the J Centre Mall in Mandaue (CDN PHOTO/LITO TECSON).

Mythical creatures, witches and super heroes gathered at a mall in Mandaue City on October 22 for a pre-Halloween treat called the McDonald’s Grand Halloween Fun Day.

For a fee of P200, hundreds of kids and their parents got to play games, went around the different booths to sample snacks and drinks from corporate sponsors and watched a magic show and play which featured Ronald McDonald and his friends.

It was already the second consecutive year for the McDonald’s Halloween party in Cebu. But this year’s event was bigger than last year’s because of the company’s many surprises for the kids, said a company press release.

“Kids who signed up received their cape, pumpkin bag, and a hat to complete their overall Halloween look. They also enjoyed their Happy Meal with 1 piece Chicken McDo meal,” the company press release said. 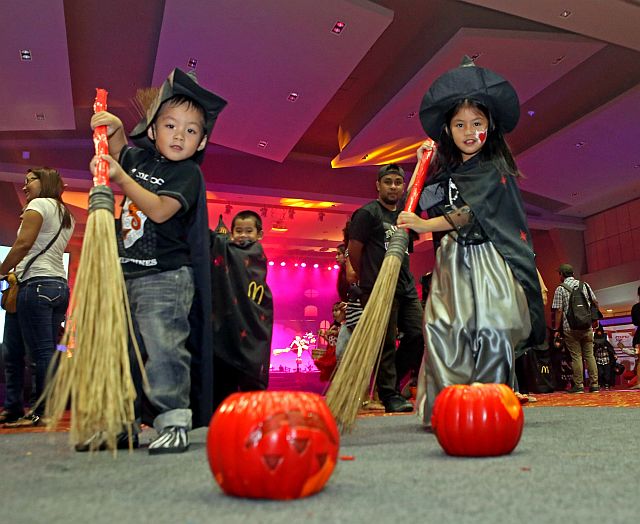 Iona Sophia, 5, tried face painting for a fee of P20. She had hearts and stars painted on her right cheeks. Two of her male cousins had a spider painted on their arms while a third one had a skeleton painted on her arm.

There were also jugglers and a magician who entertained and had their pictures taken with the crowd.

Before the three-hour gathering ended, kids were treated to a storytelling which featured company mascot Ronald McDonald and his friends.

Actress Jackie Lou Blanco told a story about a family’s journey to find the magical kingdom.

The family of four met skeletons and bats along the way which made them overcome their fear and further strengthen their bond as a family.

Children cheered, applauded and danced with the performers.

“The Grand Halloween Family Fun Day is McDonald’s way of promoting children’s well-being through fun and enriching activities that trigger their creativity and sense of play, and help them make new friends,” the press release added.