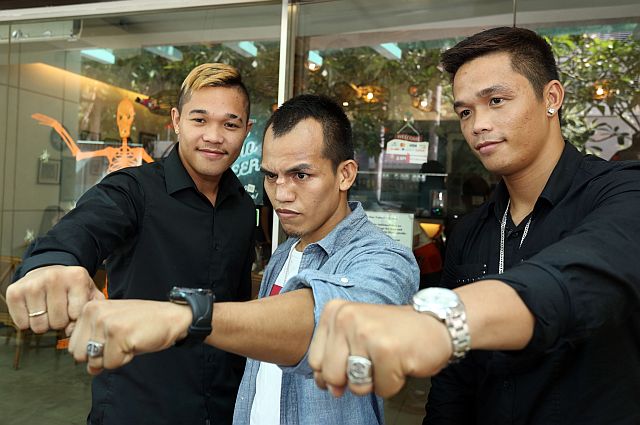 Milan “El Metodico” Melindo’s journey as a fighter has been long and ruthless and not a few has dismissed the 28-year old Cagayan de Oro native as somebody in the twilight of an up-and-down career.

On November 26, Melindo will try to prove his cynics wrong when he guns for the IBF interim junior flyweight title against Fahlan Sakkreerin Jr. (31-4-1, 16KOs) of Thailand in the main event of Pinoy Pride 39: IBF junior flyweight world championships at the Cebu Coliseum.

This will be Melindo’s third bid for a world crown and the ALA Boxing Gym star is bent on finally nailing the elusive crown after two unsuccessful attempts.

“I just want everyone to know that I’m not yet done with my career,” said Melindo. “I will climb up to another level so that I won’t get left behind. My priority for this fight is to entertain the boxing fans and send a message to everyone that I am still here fighting.”

Melindo met the press yesterday at the Abuhan Tres at the I2 Building in Cebu IT Park along with undercard fighters.

Melindo said he has been training since June and went under the knife recently to remove a scar tissue on his nose and a small bone to minimize cuts.

Although considered as one of the best technical fighters in the country, Melindo failed to really make a dent in his sport’s biggest stage after failing twice to win a world title.

He lost to Mexicans Juan Francisco Estrada in 2013 and Javier Mendoza last year. His rematch against Mendoza last May was called off when the latter got injured during training while his IBF world junior flyweight battle against Akira Yaegashi was also scrapped.