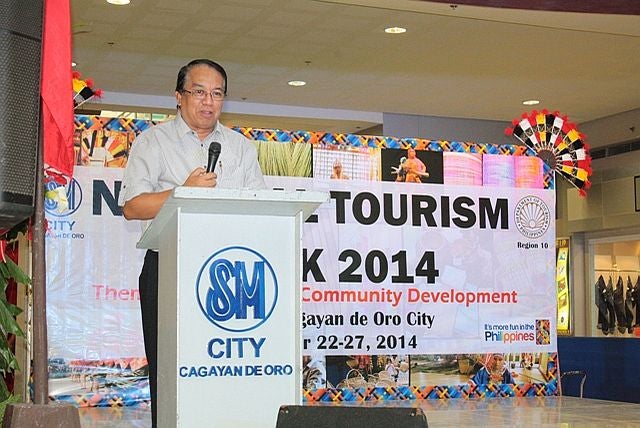 The Department of Tourism in Central Visayas (DOT-7) finally has a new regional director.

Catalino Chan, who was the Tourism director of Northern Mindanao (Region 10), was sworn in as the new DOT-7 director by Tourism Secretary Wanda Corazon Teo in her office in Makati on Tuesday.

Chan’s appointment as the DOT-7 chief came a day after the Cebu Provincial Board, in a resolution, requested Tourism Secretary Teo to clarify who heads the DOT-7 office.

The PB resolution, sponsored by Vice Gov. Agnes Magpale, sought a clarification on who heads the office especially since several big tourism events have been scheduled to be held in Cebu next year.

Magpale pushed for the resolution after several tourism stakeholders recognized then DOT-7 chief Rowena Montecillo as the current head while others recognized the acting regional director Judy Gabato.

Magpale said that there was a confusion as to whom they, along with the different local government units, would honor as DOT-7 chief.

“Whereas, at present, the DOT Central Visayas is headed by an Officer-in-Charge and yet the former regional director is still allegedly reporting to the office as such, thereby creating confusion among the DOT employees as well as the tourism stakeholders,” the resolution read.

The appointment of Chan as the new DOT-7 chief would clear all this confusion.

“He (Chan) has already an appointment signed by President Duterte,” Gabato told Cebu Daily News in a phone interview.

“I haven’t seen the appointment, but he took oath at 2 p.m. with Secretary Wanda Corazon Teo,” Gabato said.

She said the appointment of Chan as the DOT-7 director is effective immediately.

She also clarified that there was never a change in her position as DOT 7’s division chief, but that she was given an additional role as OIC while waiting for the appointment of a new regional director.

“Wala man jud ko nakuha sa akong position,” she said.
“Ako, dual akong position. Nahimo ko as OIC, at the same time (division) chief. Wala’y revert because that is my permanent position. Bale nag-function lang ko as OIC in the region but my function as a chief, (division) chief gyud ko kay that is my permanent position,” she said.

Gabato took over last August after former DOT-7 chief Rowena Montecillo resigned from the post last Aug. 21, heeding President Duterte’s call for all presidential appointees of the former administration to step down from their posts.

The new DOT-7 Director Chan, according to his Facebook page, is a graduate of Bachelor of Science in Business Administration major in Marketing from the University of San Carlos, and he lives in Cagayan de Oro City.

According to a tourism official who asked not to be named that Chan would introduce himself to the media within the week.

Magpale emphasized the importance of appointing a new regional director especially with several international events that are slated to be held in Cebu next year, including the Asean Summit and the swimwear portion of the 2017 Miss Universe pageant.

Read Next
Despite tempting UAAP offer, USC spiker to remain a Warrior