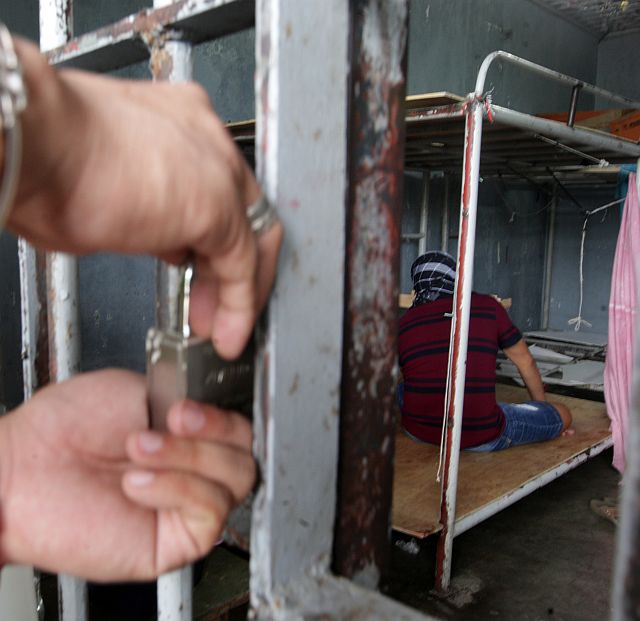 BAROK IN DETENTION. Confessed drug lord Alvaro “Barok” Alvaro is being locked up in an isolation cell at the Cebu Provincial Detention and Rehabilitation Center, where he is held after his surrender at the National Bureau of Investigation in Bohol last June. (CDN FILE PHOTO).

TO see her child in time for Christmas — this is Emma Alvaro’s plea to the management of the Cebu Provincial Detention and Rehabilitation Center (CPDRC) as her son, alleged high-profile drug trader Alvaro “Barok” Alvaro, continues to languish inside the jail facility.

The older Alvaro, through their legal counsel Jonah John Ungab, planned to file a motion in court, asking to be allowed to visit Barok, who is currently kept in an isolation room at the provincial jail.

According to Emma, she has not seen Barok since October because the jail management has been very strict in accepting inmates’ visitors.

Acting CPDRC warden Dr. Gil Macato had earlier explained that with Barok in isolation, his visitation privileges were stripped off, with only jail guards allowed to interact with him when necessary.
Fearing for his life after the death of several drug suspects in government’s all-out war on drugs, Barok surrendered to the National Bureau of Investigation (NBI) in Tagbilaran City last June and was brought to CPDRC for custody.

He was, however, placed in isolation beginning August after a sim pack was reportedly found under his pillow during a surprise jail inspection.

Police believed that Barok continued to communicate with his drug network outside prison, a claim strongly denied by the drug suspect and his family.

Last October, the Provincial Public Safety Company (PPSC) of the Cebu Provincial Police Office (CPPO) also confiscated a portable DVD player inside Barok’s isolation room after he was caught watching an action movie with 10 other inmates.

In addition to asking the court to be allowed to visit her son, Emma likewise executed an affidavit to support the complaint that she filed against 17 policemen of the Danao City Police Station who were tagged in the death of Barok’s younger brother Medz last August 2.

Medz, who was classified by police as a level two drug pusher, reportedly sold as much as 200 grams of shabu per week before he was killed in a police operation.

PNP Danao City claimed that the younger Alvaro had taken over his brother’s drug business after Barok was jailed.

However, Emma maintains that her younger son was not involved in peddling drugs although admitting that he was a drug user.

“If he was a drug pusher, Medz would not have asked money from me and food from my store in order to feed his family,” she said in Cebuano.

With Christmas on the horizon, Emma said that she will continue to fight to get justice for Medz, as well as insist that her other son, Barok, had already stopped selling drugs, wanting to change his ways and reform his life.

Read Next
30 grams of shabu, 2 grenades found in police officer’s locker in Bogo