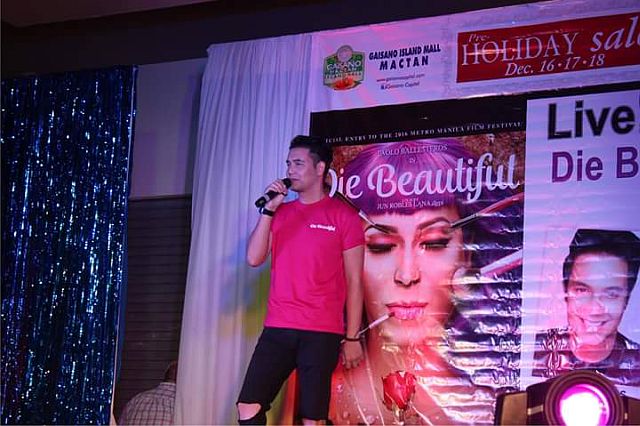 EVEN before it hit the big screens on Christmas Day, Jun Robles Lana’s “Die Beautiful” had been the talk of the town, following its success in two international film festivals this year. The film’s lead star, Paolo Ballesteros, won the Best Actor award at the Tokyo Film Festival last Nov. 3. The film also won the Audience Choice award. Just this month, Paolo earned a Special
Jury Award for Outstanding Performance at the 21st International Film Festival of Kerala in India.

But pressure aside, the people behind the film were more than grateful to finally get the chance to screen the film before a Filipino crowd after securing a spot at this year’s Metro Manila Film Fest (MMFF).

“Ang gusto namin mapanood ito ng mga Pilipino, and there’s no other way to show it here other than include it in this year’s MMFF. So we are just so happy that we made it,” shared Paolo Ballesteros, who plays the role of Trisha Echeverria, the film’s lead.

He was in Cebu last December 18, with fellow cast members Inah de Belen and Christian Bables (a native of Escalante City in Negros Occidental), for what turned out to be their first and last regional mall tour for the film.

“Die Beautiful” tells the story of Trisha, who dies after finally getting the crown in a much-coveted gay beauty pageant. On his wake, his friends fulfill his wish to be buried looking like famous female celebrities every night.

“Parehas kaming maganda! Chos lang (laughs). Parehas din kaming may anak and we are very optimistic and have a very colorful life,” Paolo said when asked how similar is the real-life Paolo to his character. “And just like Trisha, I will do everything to get what I want,” he added. 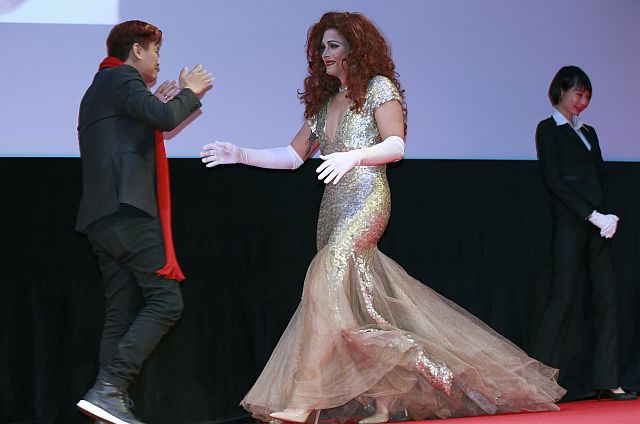 Actor Paolo Ballesteros (left) and director Jun Robles Lana celebrate
after Paolo is announced as “Best Actor” winner for his role in the film
“Die Beautiful” at the
awarding ceremony
of Tokyo International Film Festival in Tokyo (AP PHOTOS).

Paolo, who has gained fame for his impressive makeup transformations, is also quick to point out that this is more than just the typical story of a gay person. It will entertain you with its wit and humor then bring you to tears when it presents Trisha’s wonderful yet challenging life as a transgender as she struggles with the affairs of the heart.

As Paolo puts it, “Die Beautiful” talks about death and what matters after it.

Things are looking good for the film as moviegoers spent Christmas Day and the following days lining up to see “Die Beautiful,” placing it among the top four grossing films for this year’s MMFF.

In tonight’s Gabi ng Parangal (Awards Night), the film might give another Best Actor award for Paolo but what matters for the actor is to share Trisha’s story and hopefully lead audiences to a better understanding of the LGBT community in the country.

Will he transform and bring “Angelina Jolie” to the MMFF awards night red carpet and stun everyone just like what he did at the Tokyo International Film Festival?