How I almost met the three kings 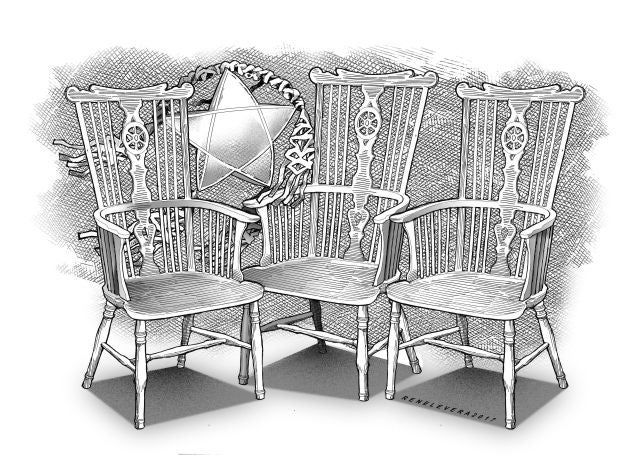 I take my constitutional on a paved area adjoining our house. I walk back and forth, from the terrace to the gate. When I face the latter, I get a view of the road, the vacant lot beyond that, and on the lot’s other side, across another road, the balcony of a neighbor’s house.

Already in September a star hung from an arch of evergreen on the lintel of the balcony. Too early for Christmas, I thought. But the décor looked good, and, while I rarely saw anyone use it, a rocking chair stood by underneath. Somehow it completed the picture.

Every morning, during my walk, I would gaze at the balcony, in the hope that I would get inspiration for a poem. I took the advice Auguste Rodin gave Rainer Maria Rilke – to look at something (in his case one of the animals at the Jardin des Plantes in Paris) long enough for him to write a poem about it. I began to do this in September, but no poem ever came – before or after Christmas.

Two days before the New Year, in the morning, when I looked up at the balcony, I saw that two Windsor chairs had joined the rocker. Immediately, the three chairs and the star above them called to mind the wise men from the East – traditionally known as the Three Kings. Matthew recounts that they came to Jerusalem saying, “Where is the one who is born king of the Jews? For we saw his star when it rose and have come to worship him.”

After their arrival in the city, they got directions from the wary King Herod, who had ascertained from the chief priests and experts in the law where the Christ would be born. They went to Bethlehem, once more led by the star that to their joy had reappeared, and which stopped right above the place where the child was. Matthew narrates that “as they came into the house and saw the child with Mary his mother, they bowed down and worshiped him.” They then opened their treasure boxes and gave him gifts of gold, frankincense, and myrrh.

Yesterday, at a coffee shop, I met a friend I had not seen for years. We used to sit as panelists in a writing workshop. He had come from his assignment in a foreign land to attend a reunion of the participants of the workshop, as well as to launch his most recent book, together with that of a younger writer, likewise a workshop participant.

As we caught up with each other, I thanked God for the Christmas holidays, which have become an occasion for reunions – of scattered family members and long-lost friends.

I wondered if in their old age the wise men ever found time to come together again and talk about the journey they made once upon a time to Bethlehem.

That journey must have changed their lives.

Matthew adds that King Herod told the wise men to inform him, once they had found the child, so he himself could go and worship. Of course, Herod said this tongue-in-cheek, because he had plans to murder the child. But, Matthew says, “After being warned in a dream not to return to Herod, they went back by another route to their own country.”

The phrase – they went back by another route – lends itself to an interpretation other than the literal. It suggests that after they saw the child the wise men underwent an inner change and did not revert to their usual way of life. In his poem, “Journey of the Magi,” T. S. Eliot puts these words into the mouth of one of them – “We returned to our places, these Kingdoms, / But no longer at ease here, in the old dispensation.”

When I looked at the chairs at the balcony, I found them in the same position in which three people might have left them after a long unhurried conversation. In fact I imagined the rocking chair still slightly swinging, as it would within a minute after its occupant had stood up and walked away, together with his two companions.

Were the Three Kings on the balcony? If they were, it did not really matter if I missed them by a hair’s breadth or two thousand years. Because we still have the Star that rose for them and led them to Bethlehem.