‘I love the excitement, energy’ 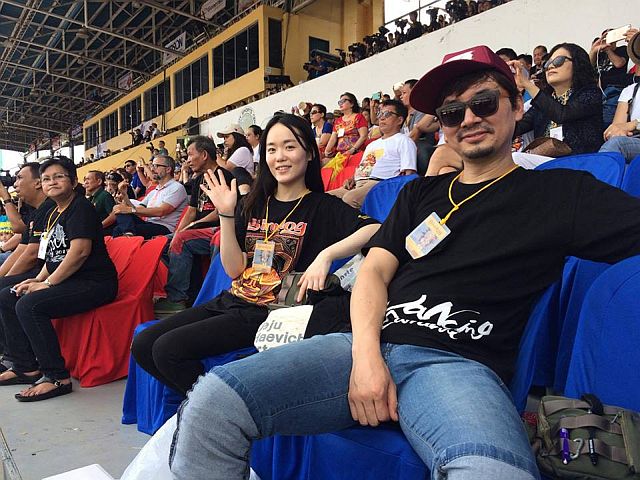 Woonki Hwang of South Korea has been to three of the five past Sinulogs. And he won’t stop coming anytime soon.

“So many people come to this festival and everybody enjoys it,” he said in a conversation with Cebu Daily News, as he watched in the grandstand.

Woon is a director of a similar dance festival in South Korea and would be inviting dance troops from Cebu to join the South Korean Festival.

“I love the excitement and energy,” Bella, a friend who was travelling with the group from Korea, added.

Despite a recent kidnapping on a Korean national, where the suspect was a police officer, who allegedly used the country’s current war on drugs as a cover, Ki-Wang is not afraid.

“I like Cebu, the weather is warm; I go to the beach, and I love the food,” he said.

His favorite food? “Lechon, of course. I love lechon,” he said.

And despite the language barriers, the Koreans danced and smiled along with the coloful performances of the Sinulog.

“The difference between our festival and Sinulog, though, that the festival here is religion-based. Our festival in Korea is mixed with modern and cultural dances,” he said.

They are traveling in Cebu for Sinulog week.

“After today, we’ll be in Mactan to rest for a few days,” he said.

About 25,000 Koreans live in various cities in Cebu.