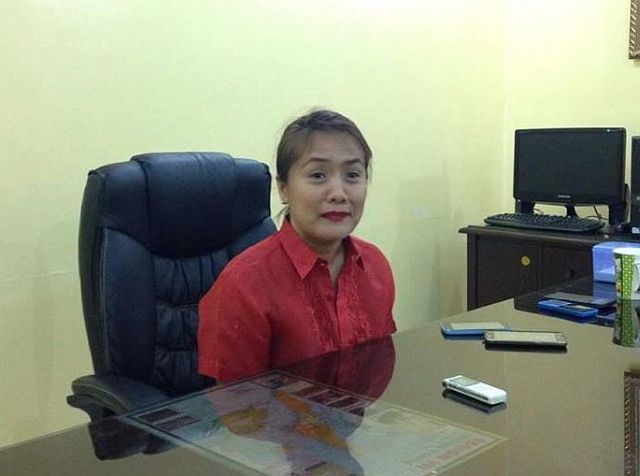 Supt. Royina Garma says she has handled tough assignments in the past. (CONTRIBUTED PHOTO)

The Criminal Investigation and Detection Group in Central Visayas (CIDG-7) has its first female director who assumed her post last Jan. 4.

“I enjoy the new assignment given to me. Of course, the challenge is there. But I think I have had enough tough assignments in the past. I may be a woman. But don’t mess with me,” Garma said.

Garma, a graduate of the Philippine National Police Academy Batch 1997, was born in Cagayan Valley but spent most of her career as a policewoman in Davao City.

She was first assigned at the Women and Children’s Protection Desk in Davao City for five years and later became the administrative officer of the city police for three years.

“That was a tough assignment. In Sta. Ana, I met Muslims and Chinese. That was not an easy task,” Garma said.

Now as CIDG-7 director, she said she intends to do her share in the Duterte administration’s war on illegal drugs.

On President Duterte’s threat to declare martial law if the drug problem in the country worsens, Garma said she trusts his wisdom.

“He’s a lawyer, he should know what he is doing. As president, he knows the limitations and how to maximize his powers,” she said.

If Filipinos don’t want the re-imposition of martial law, Garma said everyone should do their share to stop the spread of illegal drugs. “He is serious. He hates illegal drugs very much,” she said.

From July 1 to January 16, the Duterte administration’s relentless campaign against illegal drugs has, so far, resulted in the arrest of 45,464 drug suspects and the death of 6,299 others both in police and vigilante-style killings.

Ecleo was sentenced to life imprisonment in 2012 after he was found guilty of parricide for killing his wife Alona Bacolod-Ecleo in their home in Cebu City in 2002.

“Do you know where he is? Tell us where Ecleo is and we won’t have second thoughts in arresting him,” Garma said.