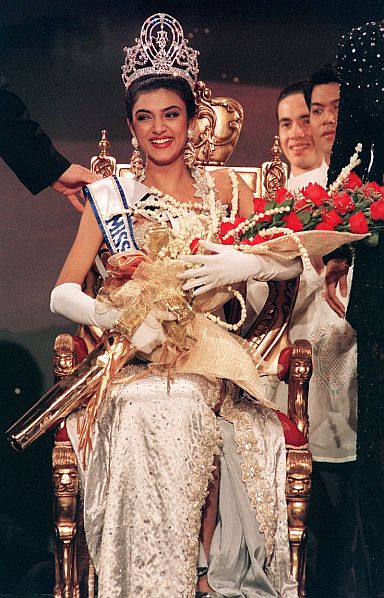 Sushmita Sen during her win as Miss Universe 1994

A FORMER Miss Universe will be flying to the Philippines to join the pool of judges that will choose this year’s Miss Universe on January 30.

Sushmita Sen, the first Indian to win the crown, is set to return to the country after winning the most coveted Miss Universe 1994 title, exactly 23 years ago.

“I am so excited, emotional and looking forward to returning home to the Philippines after 23 years. It’s where it all began. Life comes full circle from winning Miss Universe to having owned its Indian Franchise to now… returning back to Manila this time as a judge,” said the well-loved beauty queen in an Instagram post.

After Sushmita turned over her Miss Universe crown to her successor, she became an award-winning Bollywood actress in India.

According to Tourism Secretary Wanda Teo, former beauty queens will be in the judge’s table, as per selection of the Miss Universe Organization, and there will be no Filipino among them to avoid getting accused of being biased.

Other details of the event have been announced, such as the inclusion of Internet sensation Bretman Rock as red carpet host in the pageant that will be held at the SM Mall of Asia Arena.

Born in Cagayan, Bretman has been living in Hawaii since he was seven. He rose to fame after he began uploading his professional contouring tutorial videos added with his undeniable epic sense of humor.

Fans of the Filipino-Hawaiian online star can watch the red carpet through their mobile devices via Facebook live stream or through Miss Universe mobile application.

Rapper Flo Rida has been announced as one of the performers during the pageant.